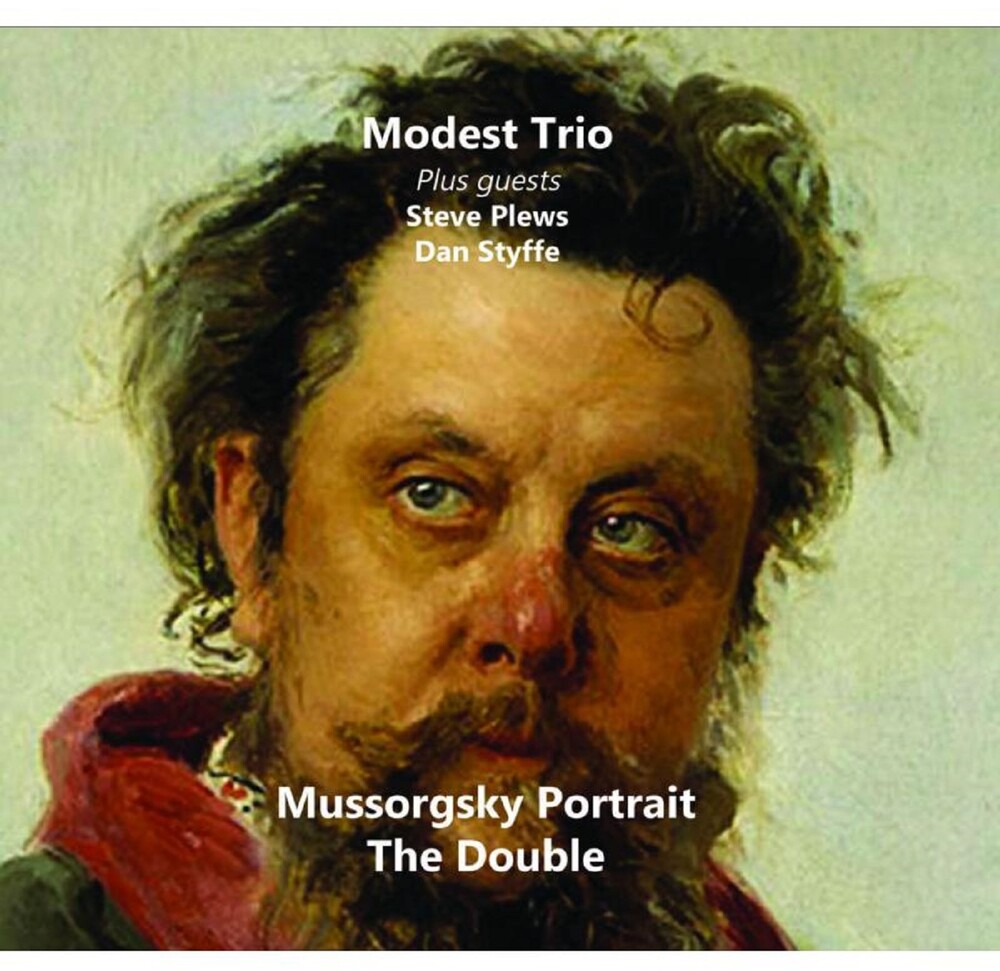 Recorded at the same time as Pictures at an Exhibition, veteran pianist Vladimir Miller is joined by close friend pianist and producer Steve Plews. Here the two present a mercurial portrait of Mussorgsky and an animated soundscape exploring the life and writings of Dostoevsky. There are echoes of Cecil Taylor, influences of Don Pullen, Jaki Byard, Bill Evans - both pianists lovers of contemporary Jazz piano - referring to their heroes but always retaining their own style. Vladimir Miller writes "Portrait artist Ilya Repin was one of the most outstanding painters of his time in Europe. He possessed an astonishing ability to capture human emotion with incredible realism. One of his most famous portraits is that of composer Modest Mussorgsky (cover image) It was painted a matter of days before his death, one day after the assassination of Tsar Alexander, and in the same year as the death of Fyodor Dostoyevsky. Portraying an individual in musical terms is no easy task. Choosing Modest Mussorgsky as the subject matter provides an almost infinite palette - which, whilst giving us free reign to explore their own creativity, presents problems of it's own. It's own problems. Too many colours risks obscuring the subject, Mussorgsky. Modest Mussorgsky was a composer of genius, a great influence on, and forefather of modern classical music well known for influencing and a major forefather of modern classical composers and styles well into the 20th century. He was known to his friends and colleagues, particularly in the Russian composers collective, as Kuchka, as a pianist with phenomenal technique, often sight reading difficult scores at evening soirees, performing four hand piano scores as he sight read with Mily Balakirev. He was also a talented singer and performer with a pleasant baritone voice with and the ability to personify the role he was singing with a comic or tragic wit reducing his audience to laughter or tears. He would perform drafts of his own operas, such as the role of the civil servant Ivan Podkolyson in Gogol's comedy play 'Government Inspector. ' Mussorksky's personality was original and mysterious. He was prone to disappearing for weeks on end, to compose in a wooden hut, without the assistance of a piano! a hundred miles outside Moscow. He was inclined to keep emotionally demanding people at arm's length but was devoted and loyal to his friends. Mussorgsky Portrait is a musical picture of an alcoholic genius. Improvising composers Miller and Plews paint a picture of a tormented man who one day would be composing obsessively and then the next be found wandering the streets mumbling to himself, suffering from delirium tremens.
PRICES ON PIRANHARECORDS.NET DO NOT REFLECT THE PRICES IN OUR RETAIL STORE LOCATION. "IN STOCK" ON PIRANHARECORDS.NET DOES NOT REFLECT 'IN STOCK' AT OUR RETAIL LOCATION, HOWEVER IT MEANS WE HAVE QUICK ORDER FULFILLMENT (GENERALLY 2-3 BUSINESS DAYS).