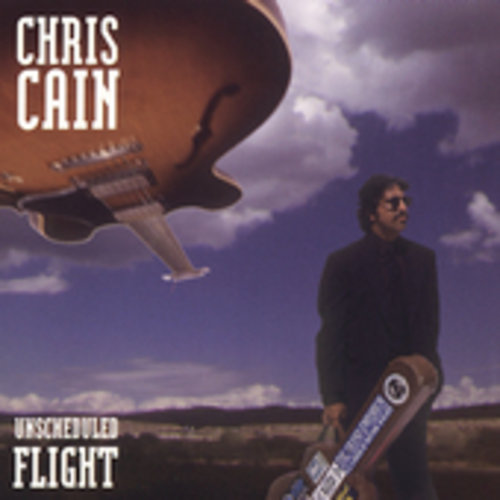 Chris Cain woke the whole blues world up with his First release, 'Wake Up And Smell The Coffee.' He was praised not only for his powerful vocals and slamming guitar, but also for his fresh song writing abilities. His blues songs were not just the same ond thing. Five releases later he is still doing it. Now with the release of Unscheduled Flight Chris takes us on a journey to a whole different place. These songs are once again very different from those on his previous recordings but still 100% Chris Cain. And he still plays the guitar and sings his vocals like he has no choice. He really is one of the few originals out there and he just can't help making great music and great recordings. In the liner notes to this CD Robben Ford says, 'Very few artists understand the true spirit of the Blues the way Chris does. And, not only can he play it and sing it, he has a gift for song writing that is rare in Blues music today.' If you like original, powerful, modern blues, sung and played by a true master, then this is a CD you must check out.