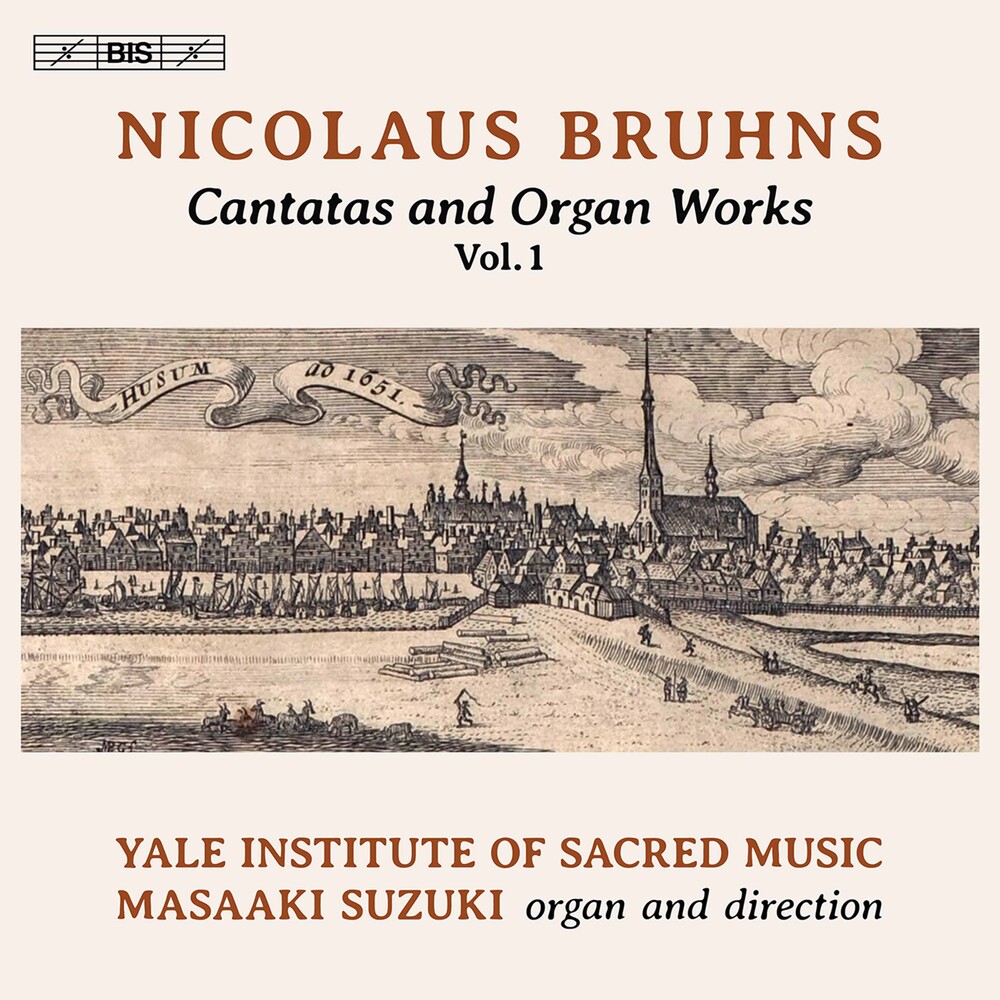 When he died, Nicolaus Bruhns was just 31 years old, and only twelve of his vocal works and five organ compositions have survived. On the strength of these, he is nevertheless considered one of the most prominent North German composers of the generation between Buxtehude and Bach. Buxtehude was in fact Bruhns teacher, and thought so highly of him that recommended him for a position in Copenhagen. There he worked as a violin virtuoso and composer until 1689, when he returned to Northern Germany to become organist in the main church of Husum. It was here that most if not all of the extant works were performed. According to Bach's obituary, Bruhns was one of the composers that he took 'as a model', and he is therefore naturally of interest to Bach specialist Masaaki Suzuki. On the first of two discs made in collaboration with the Yale Institute of Sacred Music, Suzuki directs - from the organ - a group of singers and musicians, in six of the vocal works: so-called 'sacred concertos' scored for 1 - 3 soloists and various combinations of string instruments with basso continuo. With a very generous playing time (86 minutes) there is also space on the disc for Suzuki's performances of two organ pieces by Bruhns - the larger of the two preludes in E minor, and the fantasia on the chorale Nun komm, der Heiden Heiland.
PRICES ON PIRANHARECORDS.NET DO NOT REFLECT THE PRICES IN OUR RETAIL STORE LOCATION. "IN STOCK" ON PIRANHARECORDS.NET DOES NOT REFLECT 'IN STOCK' AT OUR RETAIL LOCATION, HOWEVER IT MEANS WE HAVE QUICK ORDER FULFILLMENT (GENERALLY 2-3 BUSINESS DAYS).
This website uses cookies to personalize content and analyse traffic in order to offer you a better experience.
I accept Learn More
back to top