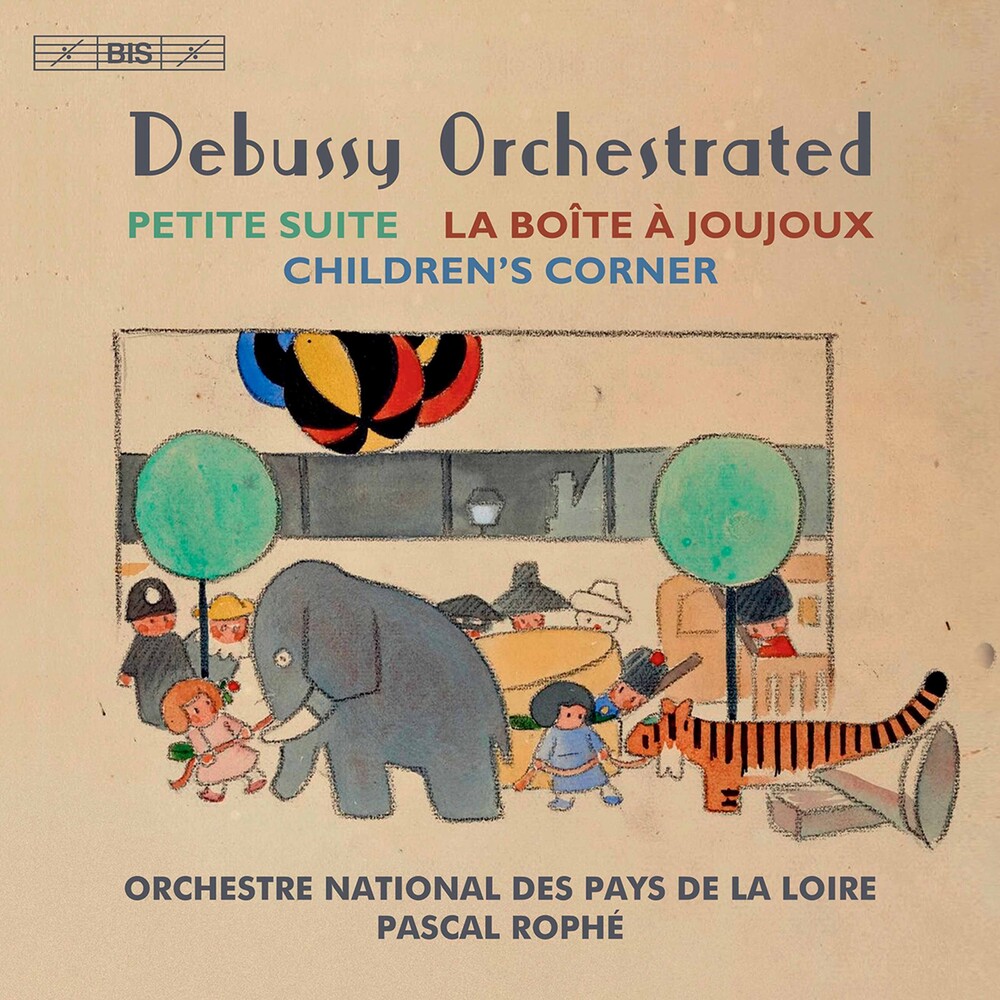 With the present release, Pascal RophĂ© and his Orchestre National des Pays de la Loire pay tribute to their great countryman, Claude Debussy - but not with the standard orchestral fare. Debussy Orchestrated paints a portrait of a light-hearted composer, seen through the eyes of two of his collaborators, Henri BĂĽsser and AndrĂ© Caplet, who transferred the works recorded here from the keyboard to the orchestra. In Petite Suite, composed for piano four hands in 1899, Debussy makes allusions to FĂŞtes galantes by Paul Verlaine, the poet who so often inspired him. BĂĽsser's orchestration of this light and pleasant suite was made in 1907, and obviously pleased Debussy, as he later entrusted him with making an orchestral version of Printemps. As for Children's Corner and La BoĂ®te Ă  joujoux, it is probably fair to say that the composer's main inspiration was his own daughter, Claude-Emma, born in 1905. Both works are dedicated to her, and it is easy to imagine that some of the characters that appear in Children's Corner had their counterparts among her toys. Letting toys come alive in a ballet was the idea that illustrator AndrĂ© HellĂ© a few years later presented to Debussy with La BoĂ®te Ă  joujoux. The piano version of the piece was published, with HellĂ©'s illustrations, in time for Christmas in 1913 and Debussy began orchestrating it the following year, but died before he could complete the task. His friend AndrĂ© Caplet - who had already orchestrated Children's Corner - took over and the ballet was finally premiĂ¨red in December 1919.
PRICES ON PIRANHARECORDS.NET DO NOT REFLECT THE PRICES IN OUR RETAIL STORE LOCATION. "IN STOCK" ON PIRANHARECORDS.NET DOES NOT REFLECT 'IN STOCK' AT OUR RETAIL LOCATION, HOWEVER IT MEANS WE HAVE QUICK ORDER FULFILLMENT (GENERALLY 2-3 BUSINESS DAYS).
This website uses cookies to personalize content and analyse traffic in order to offer you a better experience.
I accept Learn More
back to top