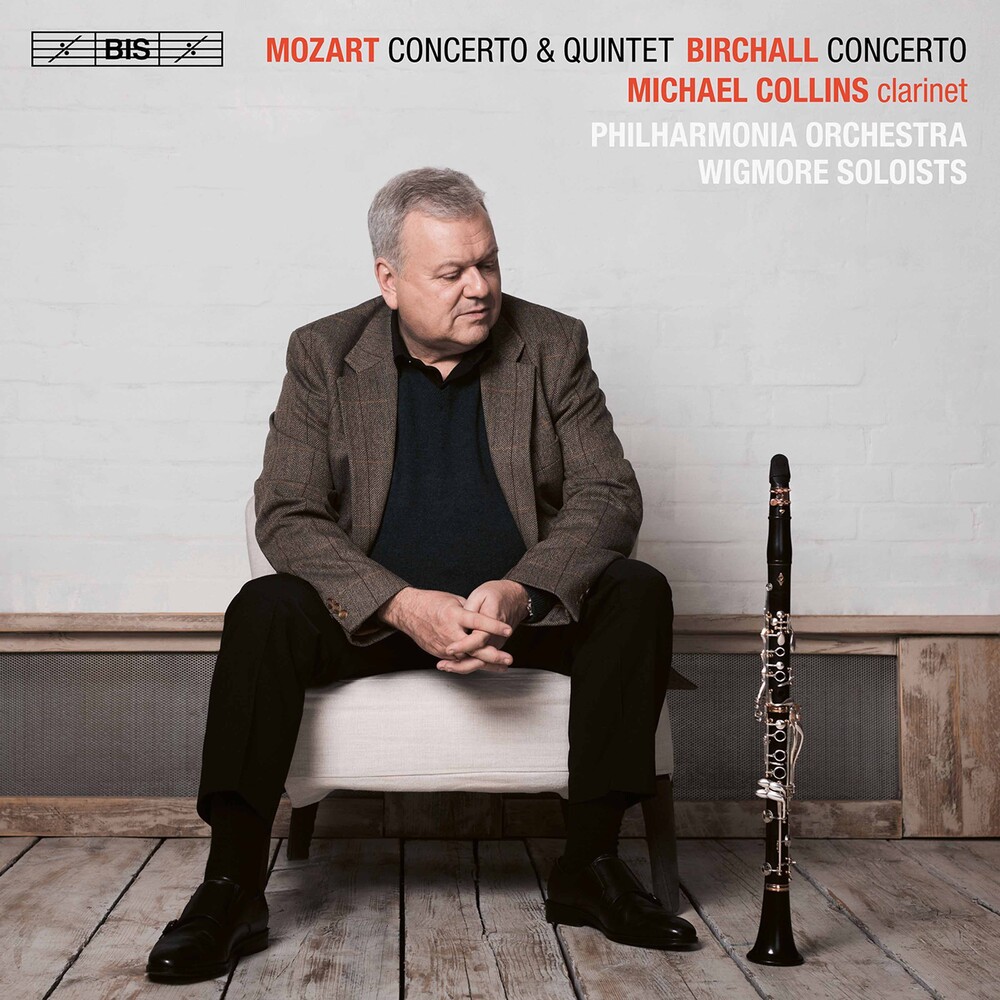 The two concertos performed here by Michael Collins and the Philharmonia Orchestra were both intended for a specific player - Mozart composed his for Anton Stadler and Richard Birchall for Michael Collins himself. Both works - as well as Mozart's Clarinet Quintet - were also written for a particular instrument: the basset clarinet, a slightly larger and deeper clarinet than the one in A which soon after Mozart had written his concerto became the standard. At the very core of the clarinet repertoire, the two works by Mozart have until recently been played on the A clarinet, with necessary adjustments being made to the solo part. Nowadays, however, they are more and more often performed on the instrument they were intended for. Richard Birchall, in his Concerto for Basset Clarinet, also makes the most of the basset clarinet's extended range, for instance in the third movement, Impossible Construction. That movement, and indeed the whole work, is inspired by the artwork of M. C. Escher and it's combination of surreal elements and mathematical precision. With the two concertos, Michael Collins continues his long-standing collaboration with the Philharmonia Orchestra, which includes an acclaimed recording on BIS of works by Vaughan Williams and Finzi. For the Clarinet Quintet he has invited his colleagues from the Wigmore Soloists, the chamber ensemble that he leads together with Isabelle van Keulen.
PRICES ON PIRANHARECORDS.NET DO NOT REFLECT THE PRICES IN OUR RETAIL STORE LOCATION. "IN STOCK" ON PIRANHARECORDS.NET DOES NOT REFLECT 'IN STOCK' AT OUR RETAIL LOCATION, HOWEVER IT MEANS WE HAVE QUICK ORDER FULFILLMENT (GENERALLY 2-3 BUSINESS DAYS).
This website uses cookies to personalize content and analyse traffic in order to offer you a better experience.
I accept Learn More
back to top