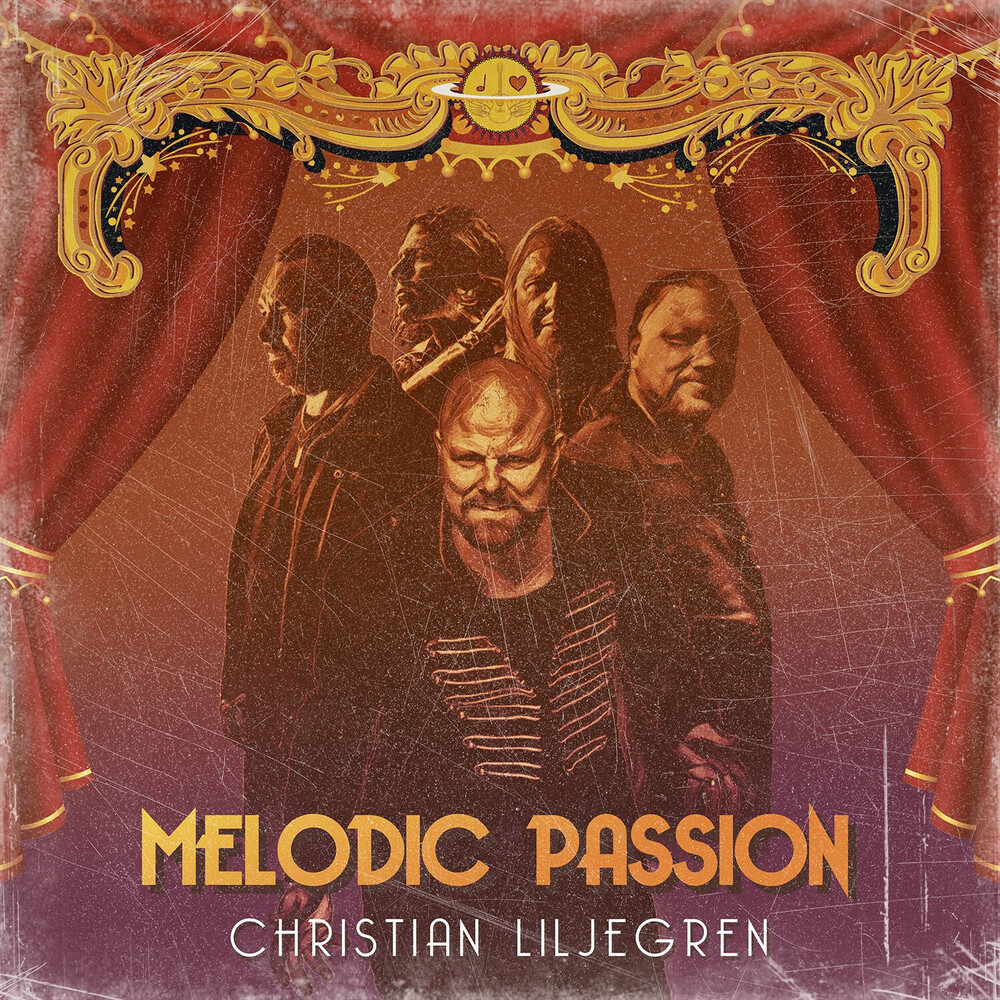 CHRISTIAN LILJEGREN - ONE OF THE HARDEST WORKING ARTIST IN HARDROCK AND HEAVY METAL - 35 YEARS AND NEARLY 40 ALBUMS UNDER HIS ROOSTER. VOCALIST AND FOUNDER OF NARNIA, DIVINEFIRE, AUDIOVISION, WISDOM CALL, GOLDEN RESURRECTION, FLAGSHIP, MODEST ATTRACTION AND BORDERLINE. The new great album Melodic Passion is here, featuring Christian Liljegren (Narnia, Audiovision, solo artist, ex-Divinefire, Golden Resurrection, etc.), Stephen Carlson (Brotthogg, Tales, The Rise, Gil Edwards), Olov Andersson (Audiovison, Grand Stand & Ex. Veni Domine) Andreas Johansson (Narnia, Royal Hunt, Avatarium, Doomday Kingdom, Ex Rob Rock), Per Schelander (House of Shakira, Astrakhan, ex, Royal Hunt & Pain of Salvation). Vocalist and songwriter Christian Liljegren started his music career in 1986 and the list is long of different bands he has been involved in. In 1996 he formed Narnia together with guitarist CJ Grimmark and the band have reached huge success and released many albums and toured around the world. Last album From Darkness To Light topped the charts in Sweden and got rave reviews worldwide and a great tour in South America with Stryper and more. Christian has also reached success with Divinefire together with Jani Stefanovic especially in Japan. They are now back working together this time also with Jani's wife Katja Stefanovic and they are calling themselves The Waymaker and their debut album got fantastic feedback worldwide. Other bands and album Christian have been involved in are Audiovision, Golden Resurrection, Wisdom Call, Borderline, Modest Attraction, Flagship and he has done a couple of albums in Swedish under his own name. The Melodic Passion album is the first album where Christian is involved in every moment of the album such as composing all the songs together with Stephen Carlson and been writing all the lyrics and also as producer together with Olov Andersson & Viktor Stenqvist.
PRICES ON PIRANHARECORDS.NET DO NOT REFLECT THE PRICES IN OUR RETAIL STORE LOCATION. "IN STOCK" ON PIRANHARECORDS.NET DOES NOT REFLECT 'IN STOCK' AT OUR RETAIL LOCATION, HOWEVER IT MEANS WE HAVE QUICK ORDER FULFILLMENT (GENERALLY 2-3 BUSINESS DAYS).