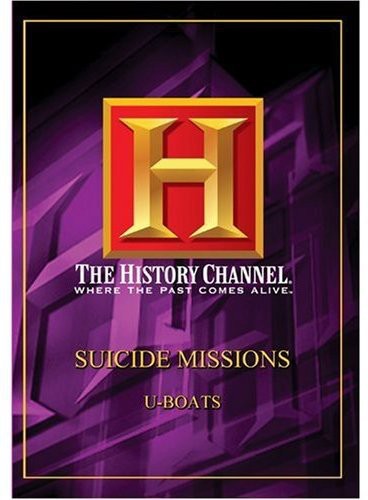 In the early years of World War II, they were the most feared hunters of the seas, claiming countless ships and lives. By the end of the conflict, the hunter had become prey, and more than half of all U-boat crews died. U-boats were one of Hitler's deadliest weapons when war broke out. Nearly impossible to detect until they had fired, and difficult to sink even then, they dealt horrific losses to the Allies. But as SUICIDE MISSIONS details, the discovery of sonar and the capture of a German decoder turned the tables in the underwater war. U-BOATS goes under the waves with the men who manned the Iron Coffins, as the German submersibles came to be called. We'll hear from the captain of the last U-boat to pass through the straits of Gibraltar, the youngest U-boat commander of all, and one of the few U-boat crewmen to be captured by the Allies. This is an intimate glimpse into what it was like to serve beneath the waters in World War II.
PRICES ON PIRANHARECORDS.NET DO NOT REFLECT THE PRICES IN OUR RETAIL STORE LOCATION. "IN STOCK" ON PIRANHARECORDS.NET DOES NOT REFLECT 'IN STOCK' AT OUR RETAIL LOCATION, HOWEVER IT MEANS WE HAVE QUICK ORDER FULFILLMENT (GENERALLY 2-3 BUSINESS DAYS).
This website uses cookies to personalize content and analyse traffic in order to offer you a better experience.
I accept Learn More
back to top