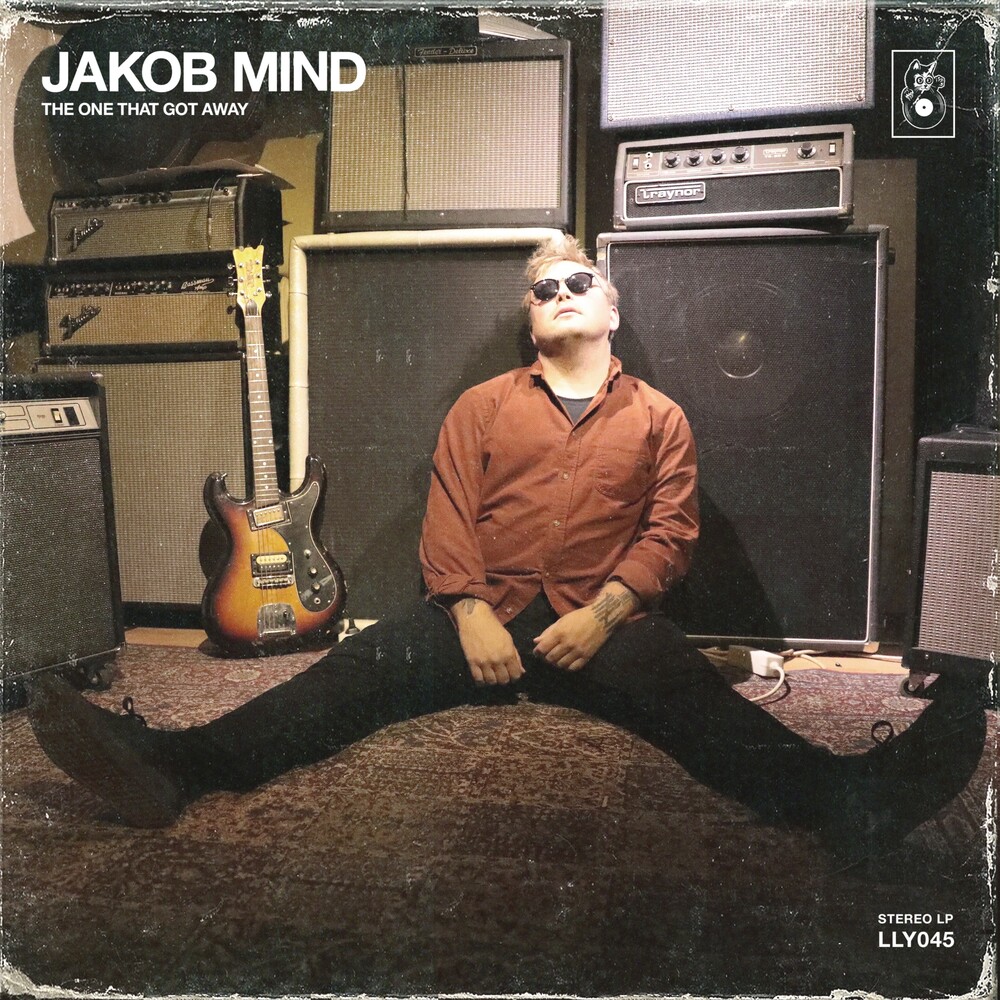 Urban realism by a social outsider. Bittersweet melodies pumped through amplifiers as distorted as the mind of the person playing them. Or, simply put, "loser punk". Jakob Mind is Rotten Mind guitars and vocalist Jakob Arvidsson's newly established solo project. His debut album "The One Who Got Away" is released on vinyl. Jakob Arvidsson has been a prominent part of the Swedish punk scene for years, starting his career with hardcore punk band Agent Attitude in 2010. The band toured frequently in Europe and did a US tour in 2013. Agent Attitude managed to release three full length albums as well as an EP before breaking up in 2015. Jakob quickly moved on to form Rotten Mind, which to date is his most wide-known project. Their debut album "I'm Alone Even With You" was released in 2015 and was followed by tours across mainland Europe, UK, USA and Australia. Jakob has released a total of four albums with Rotten Mind. A fan of Rotten Mind will easily be able to recognize the sound and energy of the new tracks, but there's much more to it. Being able to follow his own, individual creative path, Jakob Mind naturally draws more inspiration from the bands and artists that he holds close. This includes John Cale and The Velvet Underground, Roky Erickson, as well as more obvious influences such as Buzzcocks, Wipers, Dead Boys and Ramones. Since all of the instruments are arranged and played by Jakob himself, the album is very much shaped by his own musical preferences. The songwriting process as a solo-artist also contributed to the sound of the album; On "The One Who Got Away" you'll find 10 tracks, ranging from straight forward punk, post-punk to noise-infused experimental rock. There are songs with elements of surf rock and pure rock 'n' roll. The setting is the hometown of Uppsala, Sweden, and the stories revolve around friendship, relationships and life on the streets. Presented with straight forward and honest lyrics that simply describe reality as it is;
PRICES ON PIRANHARECORDS.NET DO NOT REFLECT THE PRICES IN OUR RETAIL STORE LOCATION. "IN STOCK" ON PIRANHARECORDS.NET DOES NOT REFLECT 'IN STOCK' AT OUR RETAIL LOCATION, HOWEVER IT MEANS WE HAVE QUICK ORDER FULFILLMENT (GENERALLY 2-3 BUSINESS DAYS).
back to top