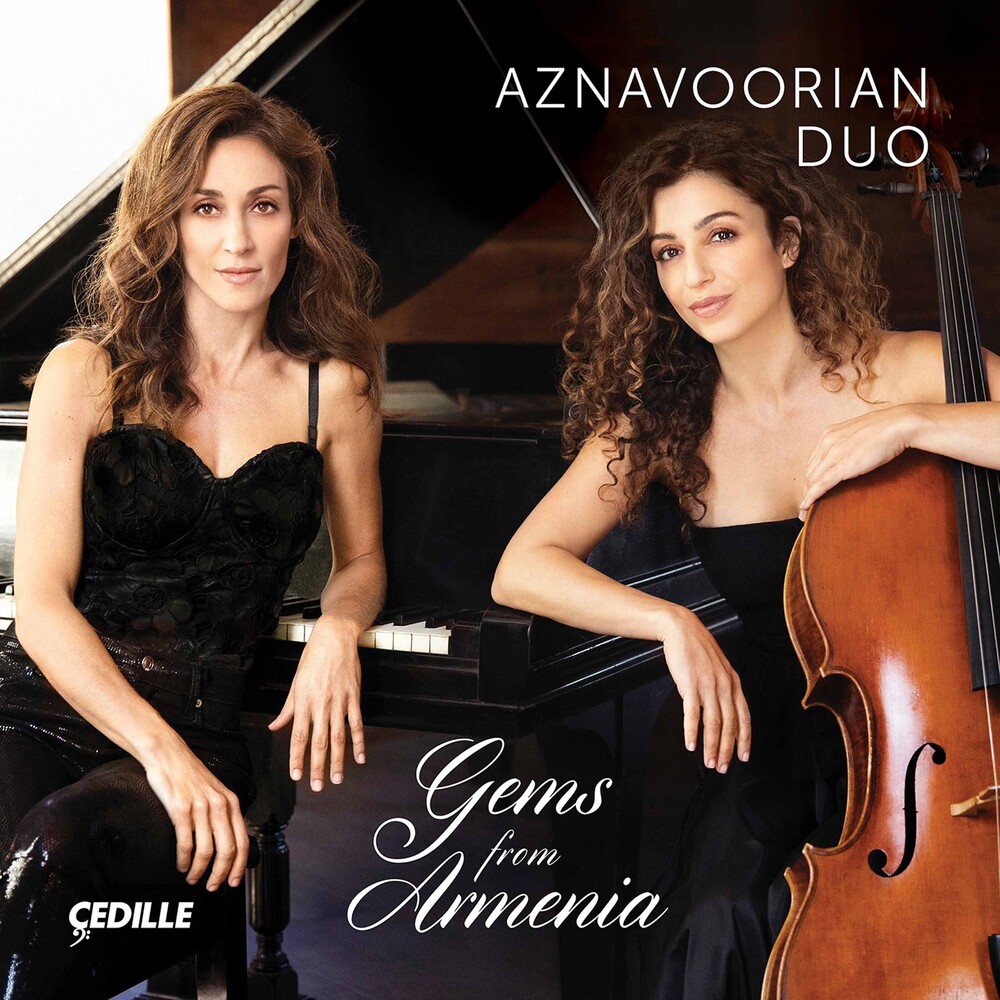 Cellist Ani Aznavoorian and pianist Marta Aznavoorian, each a renowned soloist and chamber musician in her own right, together celebrate the sounds of their ancestral homeland on Gems from Armenia. The album marks the Chicago-raised sisters' recording debut as the Aznavoorian Duo. Their panoramic survey of Armenian classical music opens with ancient folk songs arranged with haunting harmonies by early 20th-century Orthodox priest, composer, and musicologist Komitas Vardapet. The Armenian musical renaissance of the Soviet era finds expression in Aram Khachaturian's glorious ode to his hometown of Yerevan; Arno Babajanian's impassioned tribute to his mentor Kachaturian; the early Sonata for Cello and Piano by Avet Terterian, whose admirers included Dmitri Shostakovich; and the Impromptu of Alexander Arutiunian, winner of many Soviet and Armenian musical honors and awards. Contemporary voices include Serouj Kradjian, whose "Sari Siroun Yar" is an arrangement of an Armenian troubadour love song. Vache Sharafyan's Petrified Dance is haunted by the memory of Armenian soldiers lost in recent battles. American Peter Boyer's Mount Ararat, commissioned for this project and receiving it's world-premiere recording, evokes the snow-capped twin peaks of biblical fame central to Armenian national and religious identity.
PRICES ON PIRANHARECORDS.NET DO NOT REFLECT THE PRICES IN OUR RETAIL STORE LOCATION. "IN STOCK" ON PIRANHARECORDS.NET DOES NOT REFLECT 'IN STOCK' AT OUR RETAIL LOCATION, HOWEVER IT MEANS WE HAVE QUICK ORDER FULFILLMENT (GENERALLY 2-3 BUSINESS DAYS).
This website uses cookies to personalize content and analyse traffic in order to offer you a better experience.
I accept Learn More
back to top