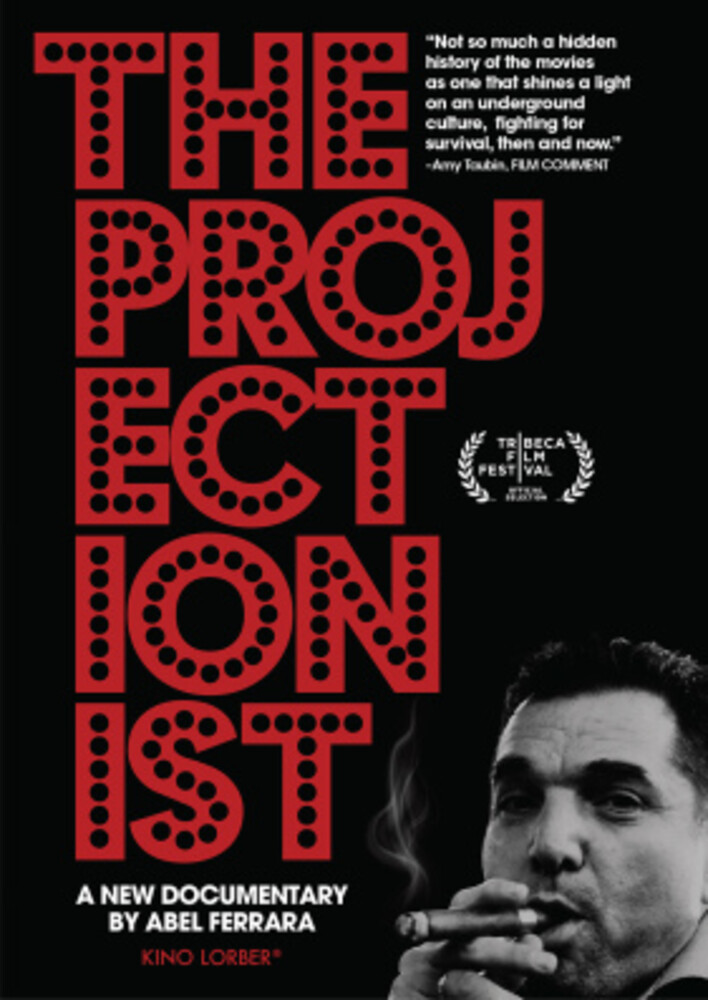 This documentary portrait of theater operator Nicolas "Nick" Nicolaou moves from 1970s Times Square adult film houses through decades of city regulation, chain takeovers, and cultural shifts, charting a charming odyssey through the history of film exhibition and New York City. Abel Ferrara traces the life and work of friend and fellow cinephile Nicolaou, a Cypriot immigrant who began working as a teenager in small neighborhood movie theaters around Manhattan, defying gentrification, changing viewing habits and corporate dominance in the 1980s, only to emerge decades later as one of New York City's last independent theater owners. A moving tribute to friendship, tenacity and the love of cinema, The Projectionist is also a timely paean to what going to the movies is all about.