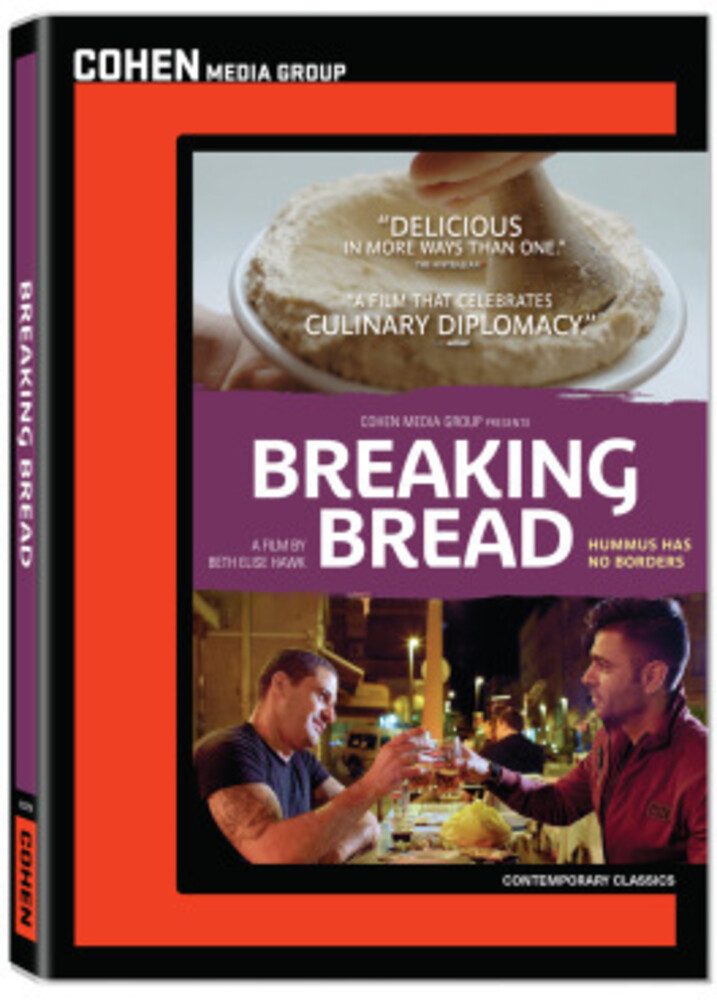 Dr. Nof Atamna-Ismaeel - the first Muslim Arab to win Israel's MasterChef - is on a quest to make social change through food. And so, she founded the A-sham Arabic Food Festival, where pairs of Arab and Jewish chefs collaborate on exotic dishes like kishek (a Syrian yogurt soup), and qatayef (a dessert typically served during Ramadan). A film about hope, synergy and mouthwatering fare, Breaking Bread illustrates what happens when people focus on the person, rather than her religion; on the public, rather than the politicians. Special Features: Trailers
PRICES ON PIRANHARECORDS.NET DO NOT REFLECT THE PRICES IN OUR RETAIL STORE LOCATION. "IN STOCK" ON PIRANHARECORDS.NET DOES NOT REFLECT 'IN STOCK' AT OUR RETAIL LOCATION, HOWEVER IT MEANS WE HAVE QUICK ORDER FULFILLMENT (GENERALLY 2-3 BUSINESS DAYS).
This website uses cookies to personalize content and analyse traffic in order to offer you a better experience.
I accept Learn More
back to top