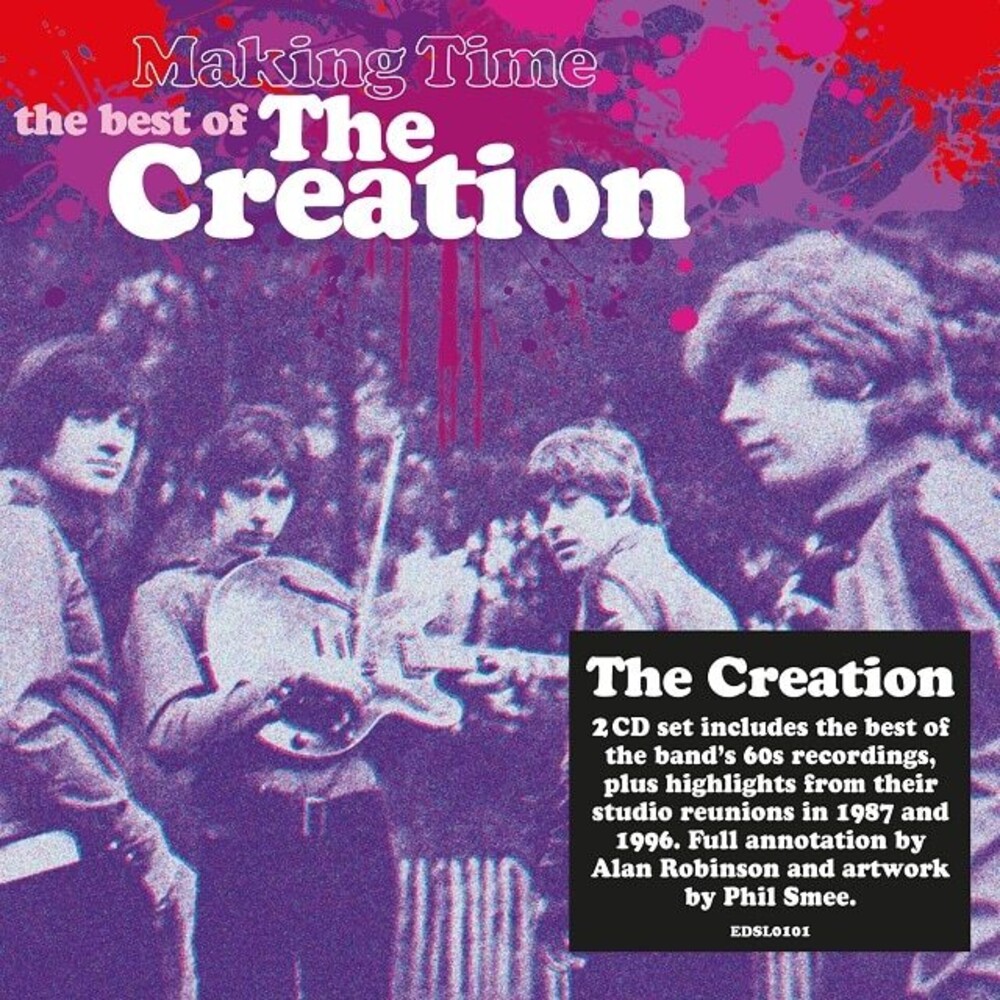 For a band that never achieved much chart success in their native Britain, The Creation is one of the most paradoxically enduring of British combos to emerge in the furiously creative mid-sixties. Their recordings from their 1966-68 heyday are not numerous, but they have become the archetype 'cult' band, their music being discovered, loved and admired by successive generations of fans over the last half-century or so. The key to The Creation's longevity lies in their retrospective status as the prime exponents of a musical sub-genre latterly dubbed 'Freakbeat' - and for gifting their name for one of the most successful British independent record labels of the eighties and nineties. The Sex Pistols covered "Through My Eyes" in some live shows, and songs like "Making Time" and "Biff Bang Pow" regularly appear on TV drama soundtracks. This 34-track 2 CD set includes the band's 60s recordings, plus (for the first time on a "Best Of" compilation) highlights from their studio reunions in 1987 and 1996, along with full annotation by Alan Robinson. With photos from his own archive, the design and artwork are by sleeve design-legend Phil Smee.
PRICES ON PIRANHARECORDS.NET DO NOT REFLECT THE PRICES IN OUR RETAIL STORE LOCATION. "IN STOCK" ON PIRANHARECORDS.NET DOES NOT REFLECT 'IN STOCK' AT OUR RETAIL LOCATION, HOWEVER IT MEANS WE HAVE QUICK ORDER FULFILLMENT (GENERALLY 2-3 BUSINESS DAYS).
This website uses cookies to personalize content and analyse traffic in order to offer you a better experience.
I accept Learn More
back to top