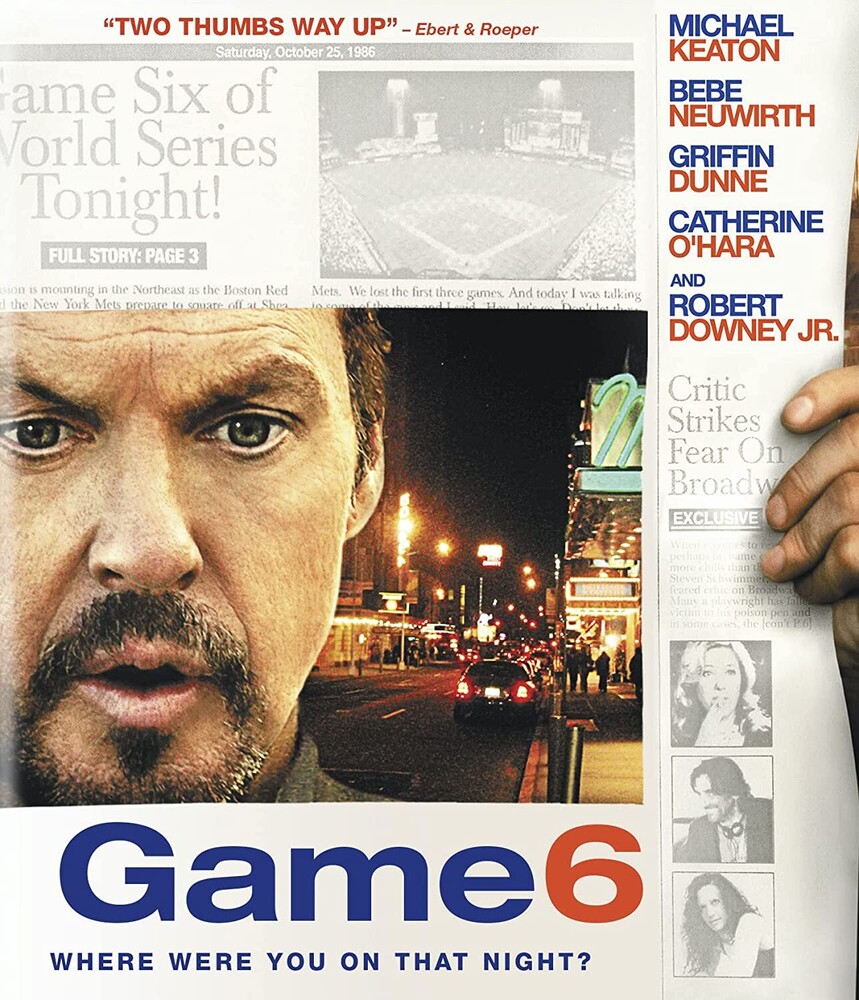 As a New York playwright, Nicky Rogan made his name in boulevard comedy, and now has ventured closer to home and written something he really cares about. Though he won't admit it, he is desperate for another success. From the outset, things begin to go wrong. His daughter informs him that his wife wants a divorce. His mistress notifies him that his lead actor has a parasite in his brain and can't remember his lines, and an old acquaintance regales him with tales of Steven Schwimmer, a new and powerful critic who is so poisonous, so destructive, that the New York theater community lives in terror. Although Nicky has grown up in New York, he is a die-hard Red Soxr fan and the film is set on October 25, 1986, the day of the most Shakespearian of sporting events, Game 6 of the World Series. The Red Sox are poised to win. At the last minute, Nicky decides to skip his opening night in order to watch his beloved team. This could be it. If his "cursed" Red Sox can finally win the World Series, maybe Nicky can break his own downward spiral. Written by acclaimed writer Don DeLillo, Game 6 is an intelligent, witty, unsettling tale of one man's encounter with his demons, his passions and his infatuation with failure.
PRICES ON PIRANHARECORDS.NET DO NOT REFLECT THE PRICES IN OUR RETAIL STORE LOCATION. "IN STOCK" ON PIRANHARECORDS.NET DOES NOT REFLECT 'IN STOCK' AT OUR RETAIL LOCATION, HOWEVER IT MEANS WE HAVE QUICK ORDER FULFILLMENT (GENERALLY 2-3 BUSINESS DAYS).
This website uses cookies to personalize content and analyse traffic in order to offer you a better experience.
I accept Learn More
back to top