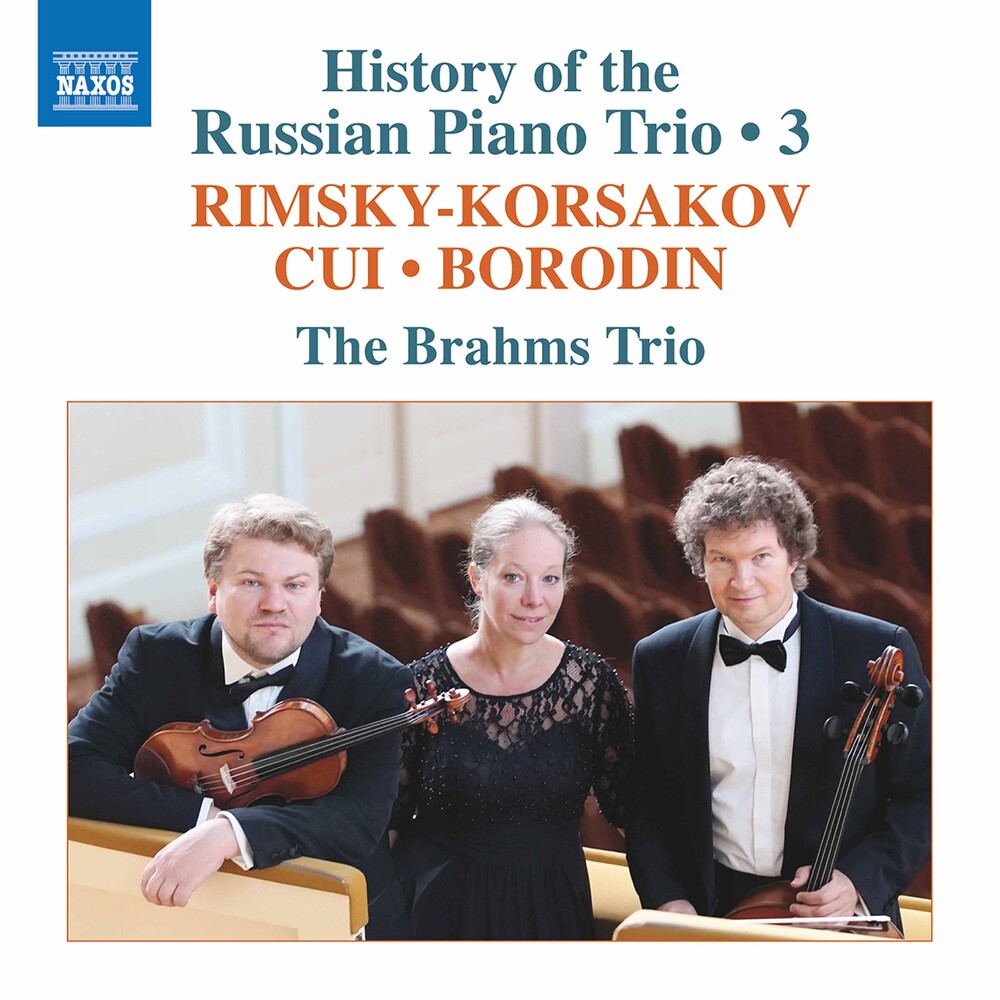 Nikolay Rimsky-Korsakov's influence as composer and teacher was profound in Russia and beyond, yet his chamber music has been overshadowed by his operas and orchestral works. The unfinished Piano Trio in C minor was completed by his son-in-law Maximilian Steinberg to reveal a substantial work of considerable depth. César Cui's charming and lyrical Farniente is an arrangement from a piano original, while Borodin's Piano Trio in D major is reminiscent of Mendelssohn in it's joyous agility and nostalgic beauty. The Brahms Trio is one of the leading Russian chamber ensembles. Since it's foundation in 1990, the trio has regularly appeared at prestigious international concert venues. Legendary musicians such as Tatiana Gaidamovich, Alexander Bonduriansky (Moscow Trio), Valentin Berlinsky (Borodin Quartet) and Rudolf Barshai have had a significant influence on the formation of the performing style and career of the trio. The Brahms Trio has made an invaluable contribution to enlarging the chamber repertoire by rediscovering unknown piano trios of Russian composers of the late 19th and early 20th century.