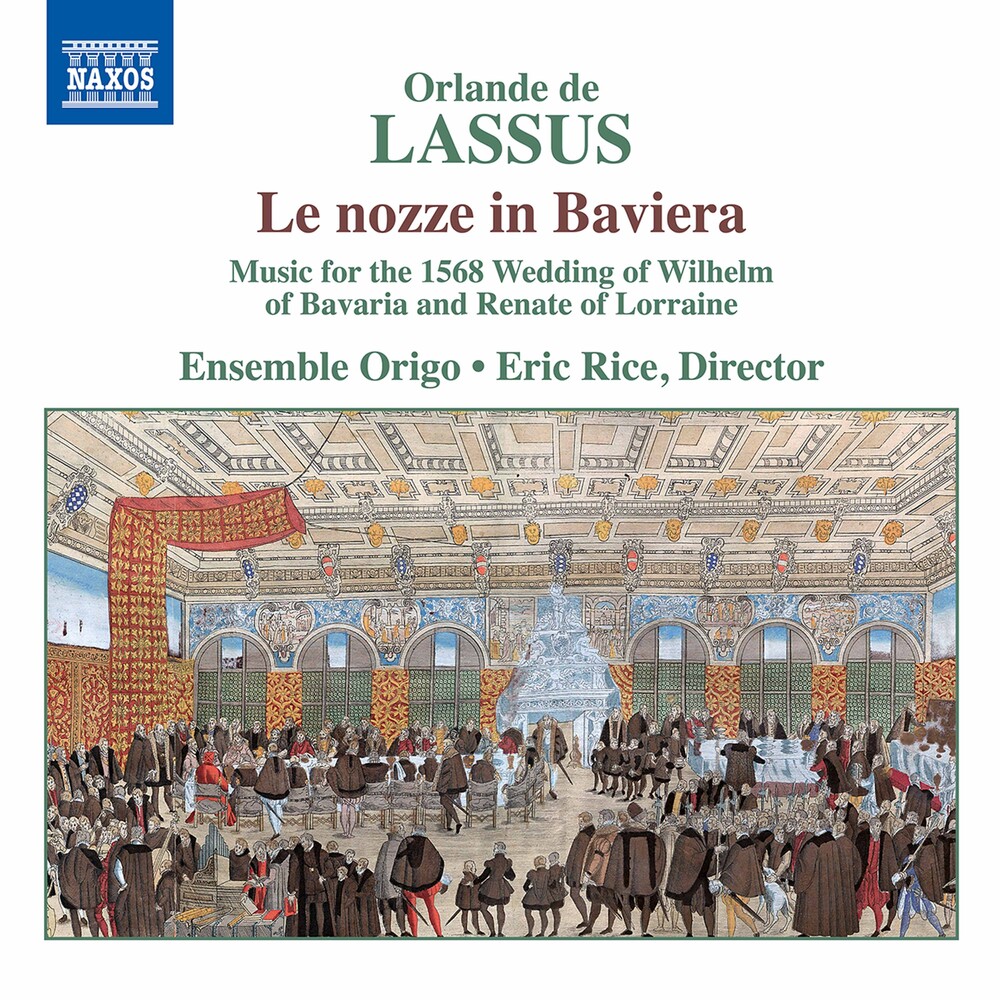 The wedding in 1568 of Renate of Lorraine to Wilhelm V, heir to the throne of the Duke of Bavaria, was a sumptuous, 18-day spectacular designed to rival those of the Italian courts. Orlande de Lassus had been the court's maestro di cappella since 1556. Using an eye-witness account of the event, Ensemble Origo presents a hypothetical reconstruction of some of his musical contributions - a Te Deum, the moresca (a genre related to the villanella), and an improvised comedy - thereby shedding light on some of the various meanings that the music had for it's 16th-century listeners. Ensemble Origo is an early music ensemble founded in 2010 and directed by Connecticut-based musicologist and conductor Eric Rice. It's aim is to present vibrant performances and recordings of early music - from the Middle Ages through to the Baroque - that reflect the context in which the repertory was originally produced and heard; 'Origo' is Latin for 'earliest beginning', 'lineage', or 'origin'. The ensemble draws on a roster of musicians from Connecticut, Boston, and New York.