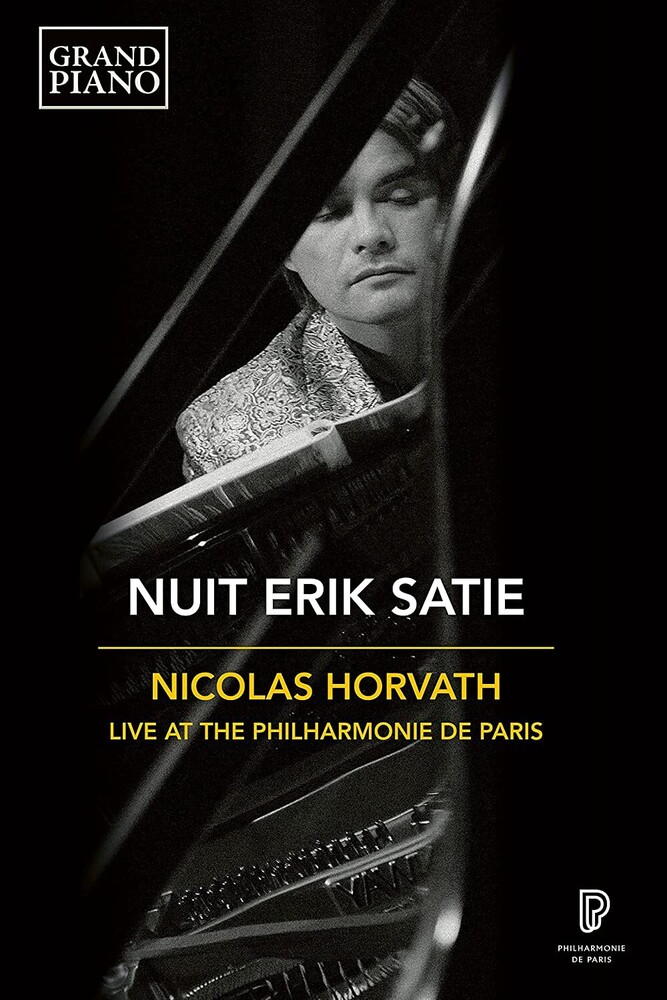 On Saturday October 6, 2018 at the Philharmonie de Paris, Nicolas Horvath sat down to perform Erik Satie's complete works for piano without a break. The event was captured in this fascinating film by acclaimed director Thierry Villeneuve and features selections from Horvath's marathon eight-hour performance, filmed in black and white. This immersive visual experience sees Satie's mysterious and timeless music brought to life in a dreamlike conflation of past and present in front of a captivated audience. Horvath wrote of the evening: "This concert was remarkable, the press coverage was incredible (all of the main media previewed it as a 'must see concert'). Curiously, and unlike everything I had prepared, or even in my very own recordings - performing all of a composer's music with no break at the very same concert takes you to unexpected territories. I was very surprised at the risks I took from time to time, both musically and technically. But listening to the whole eight hours of musical evolution makes clear that each decision was a logical part of a larger unity, as it was mirrored in other later pieces..."
PRICES ON PIRANHARECORDS.NET DO NOT REFLECT THE PRICES IN OUR RETAIL STORE LOCATION. "IN STOCK" ON PIRANHARECORDS.NET DOES NOT REFLECT 'IN STOCK' AT OUR RETAIL LOCATION, HOWEVER IT MEANS WE HAVE QUICK ORDER FULFILLMENT (GENERALLY 2-3 BUSINESS DAYS).
This website uses cookies to personalize content and analyse traffic in order to offer you a better experience.
I accept Learn More
back to top