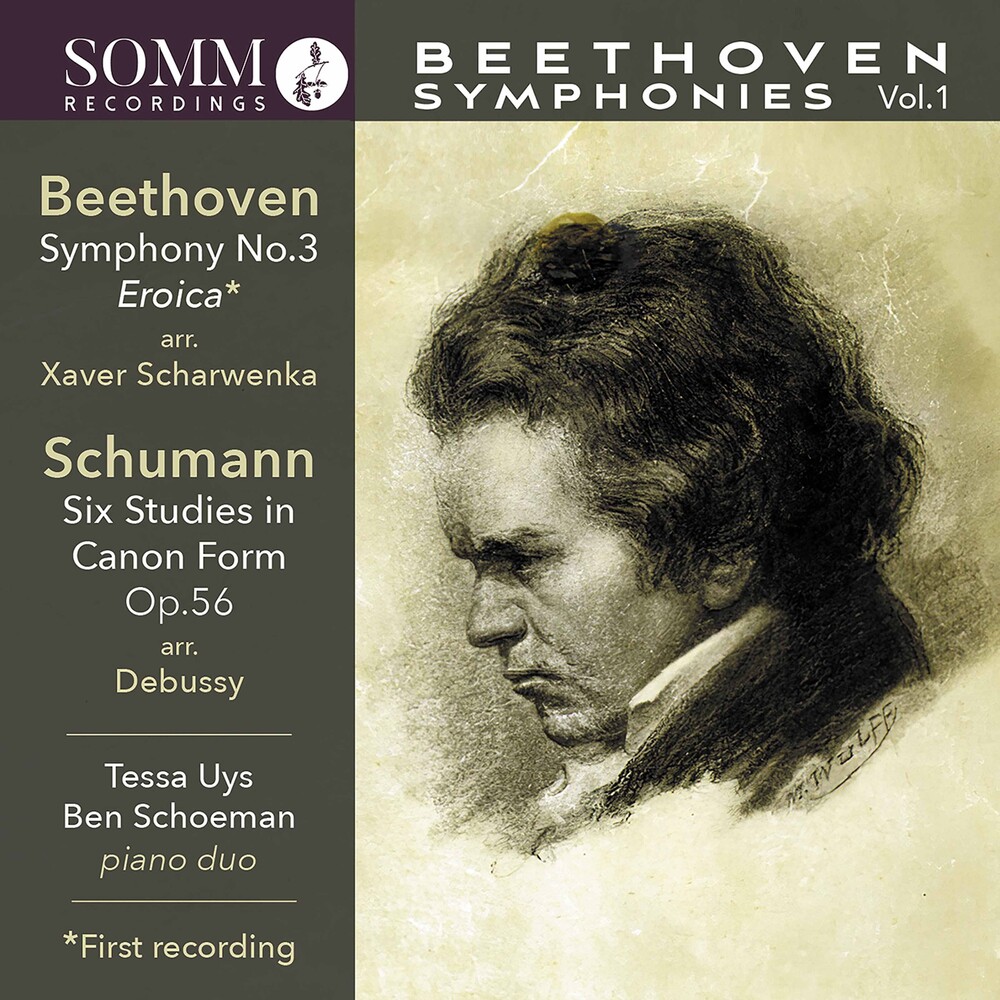 SOMM Recordings announces the launch of a major six-volume series of Franz Xaver Scharwenka's transcriptions of Beethoven Symphonies featuring the label debut of the Tessa Uys and Ben Schoeman Piano Duo. Formed in 2010, the Duo began their in-concert exploration of Scharwenka's four-hand Beethoven transcriptions in 2015 and now bring that experience to disc for the first time. Volume 1 includes the premiere recording of Scharwenka's piano duet transcription of Symphony No.3, the ever-popular Eroica, and Debussy's two-piano arrangement of Robert Schumann's Six Studies in Canonic Form. As Robert Matthew-Walker's booklet notes reveal, Scharwenka had a direct line to Beethoven, having been taught by Franz Kullak, who was tutored by Carl Czerny whose own teacher, in turn, had been Beethoven himself. A composer of no mean stature in his own right, Scharwenka's transcriptions were once widely admired, making masterpiece symphonies available to every home with a piano. Possessing, says Matthew-Walker, "significant qualities which are often overlooked today", his Eroica transcription receives ardent, eloquently persuasive championing by Schoeman and Uys. Scharwenka wasn't alone in exploiting new developments in piano technology. Robert Schumann's Six Studies in Canonic Form made use of the then novel 'pedal-piano' (a standard piano with an additional bass pedal-board) even as he was looking back stylistically towards his idol, Bach. Debussy's arrangement for two pianos adroitly accommodates Schumann's original to "rescue this fine music from the obscurity of the pedal-piano repertoire." Born in Cape Town and a Royal Academy of Music Associate, Tessa Uys has an impressive reputation as a concert and broadcasting performer, appearing at major venues throughout the world. Her multi-prize-winning South African compatriot Ben Schoeman also has a busy international profile and is currently a senior lecturer in piano and musicology at the University of Pretoria.
PRICES ON PIRANHARECORDS.NET DO NOT REFLECT THE PRICES IN OUR RETAIL STORE LOCATION. "IN STOCK" ON PIRANHARECORDS.NET DOES NOT REFLECT 'IN STOCK' AT OUR RETAIL LOCATION, HOWEVER IT MEANS WE HAVE QUICK ORDER FULFILLMENT (GENERALLY 2-3 BUSINESS DAYS).