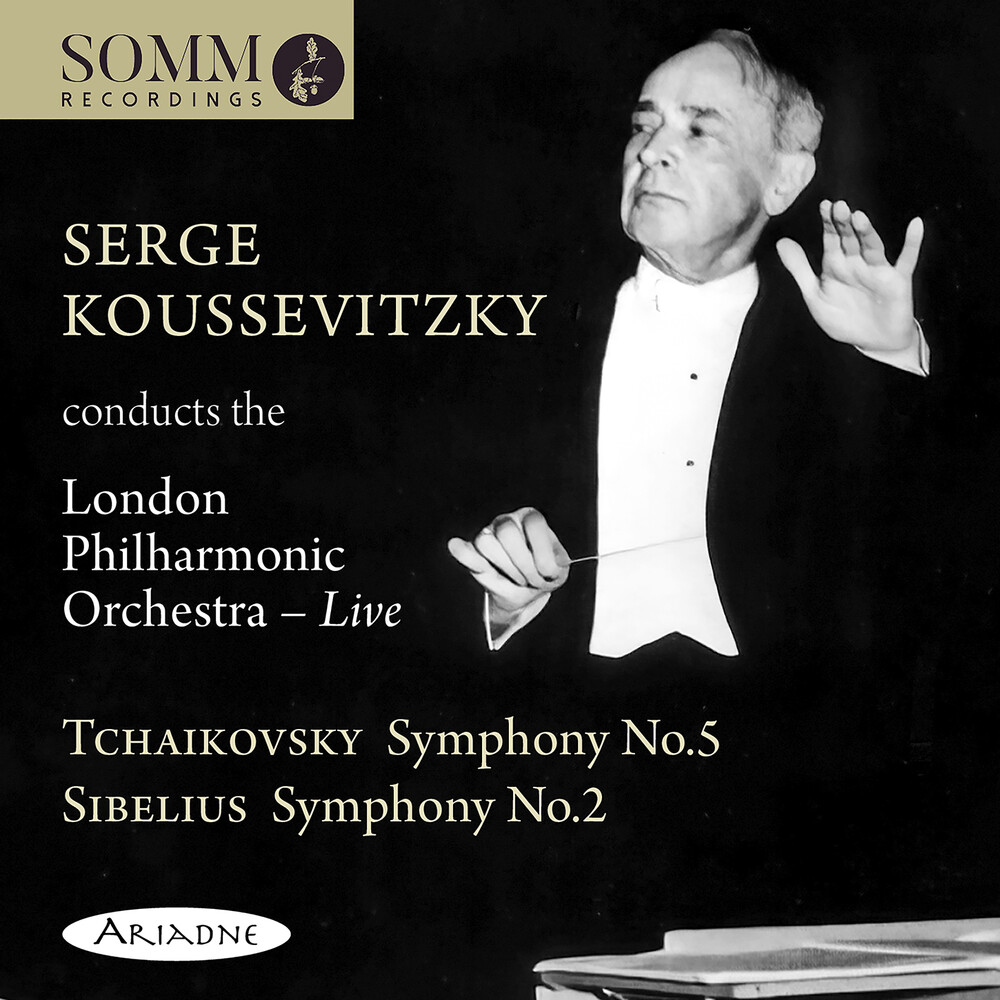 SOMM Recordings announces a major new release: the first appearance on album of live performances of Tchaikovsky's Fifth and Sibelius' Second Symphonies by the iconic conductor Serge Koussevitzky and the London Philharmonic Orchestra. This historic, two-album set includes an exclusive, specially-commissioned documentary about Koussevitzky's Boston Symphony Orchestra tenure and his LPO guest appearances, featuring interviews with four key players from both orchestras by Jon Tolansky. Tolansky's revealing hour-long documentary includes wide-ranging musical excerpts and contributions from former BSO players Harry Ellis Dickson (violin), Everett 'Vic' Firth (timpani) and Harry Shapiro (sub-principal horn), and erstwhile LPO sub-principal horn Patrick Strevens. The symphonies are heard in performances Koussevitzky conducted with the LPO in London's Royal Albert Hall in 1950. Both have been expertly restored by Lani Spahr. Noted authority on historical recordings Rob Cowan provides detailed booklet notes on the "individual, flexible, flammable, emotionally candid and utterly spontaneous" Koussevitzky's stewardship of both orchestras. He describes the Tchaikovsky as "especially unique [in] it's unsparing volatility... The explosive climaxes leave the audience stunned". Of the Sibelius, he says: "Koussevitzky's London Second is as comprehensive an overview of the work as we have". Lani Spahr's previous restorations for SOMM include the four-disc Elgar Remastered (SOMMCD 261-4) featuring recordings from the composer's own collection, hailed by Audiophilia as "a fascinating achievement which will have you wishing for more". George Szell: The Forgotten Recordings was a Gramophone Editor's Choice and awarded a Diapason d'Or as "a major discovery". Jon Tolansky is the founder of the Music Performance Research Centre (now Music Preserved) and a widely admired producer of audio documentaries on classical musicians. For Spahr's restorations on Beecham Conducts Sibelius, he produced a 30-minute audio documentary. MusicWeb International declared it "an unmissable disc [that] walks straight into a position of eminence in the catalogue".
PRICES ON PIRANHARECORDS.NET DO NOT REFLECT THE PRICES IN OUR RETAIL STORE LOCATION. "IN STOCK" ON PIRANHARECORDS.NET DOES NOT REFLECT 'IN STOCK' AT OUR RETAIL LOCATION, HOWEVER IT MEANS WE HAVE QUICK ORDER FULFILLMENT (GENERALLY 2-3 BUSINESS DAYS).
This website uses cookies to personalize content and analyse traffic in order to offer you a better experience.
I accept Learn More
back to top