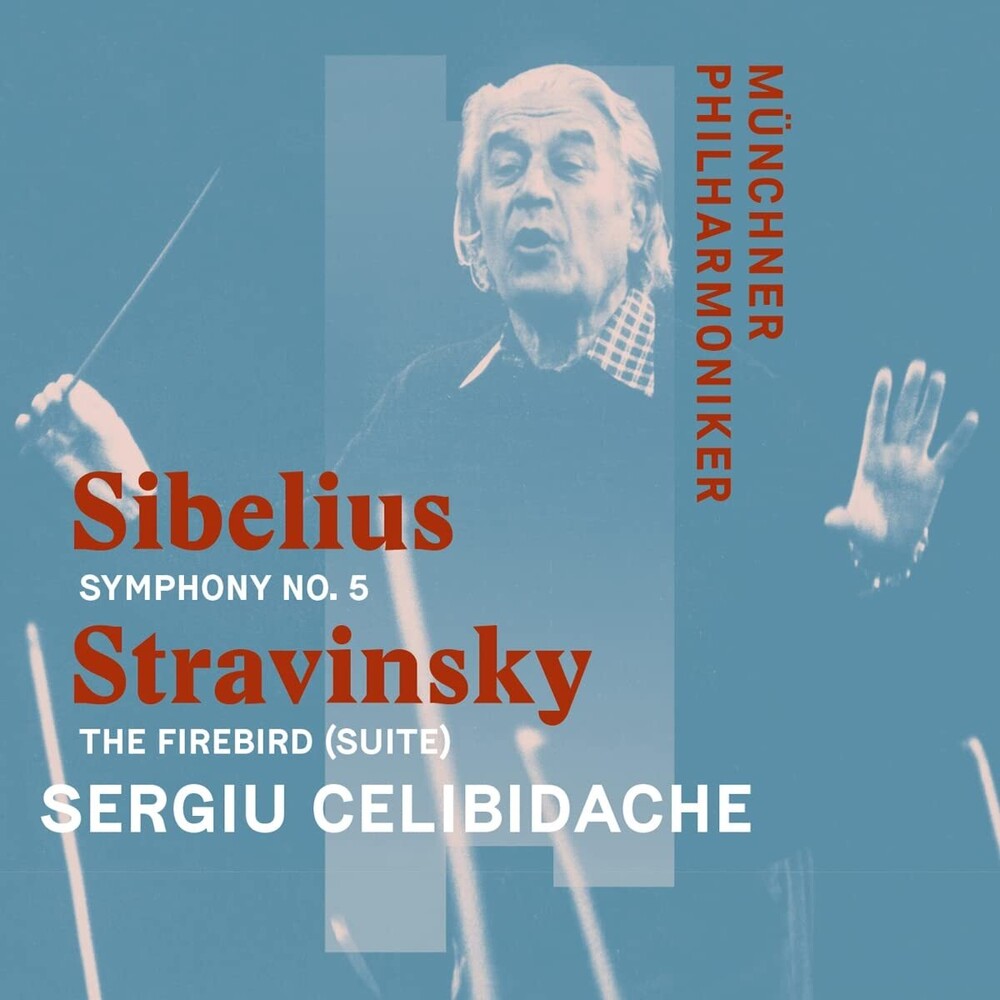 The Munich Philharmonic and Sergiu Celibidache share an exceptional legacy. He started his work as principal conductor in 1979 and remained in this position for as long as 17 years. Sergiu Celibidache played an integral part in making the Munich Philharmonic what it is today: an orchestra of worldwide renown. On it's MPHIL label, the Munich Philharmonic is opening up it's vast archives, giving listeners the opportunity to enjoy one of the richest collections of recordings by legendary artists. Because of the Celibidache era and it's part in forming the core essence of the orchestra, the MPHIL label has placed a particular focus on archive recordings under the baton of Sergiu Celibidache. In spring 2022, it is a recording with Sergiu Celibidache with the Symphony No. In E-Flat Major Op. 82 by Jean Sibelius from 1988 as well as Igor Strawinsky's Â»The FirebirdÂ« from 1982.In Sibelius 5th Symphony, Thor swings his hammer, and the listener can feel cosmic forces at work in this music, something on which Sibelius himself commented when writing in 1914: "God opens the door for a moment and his orchestra is playing the Fifth Symphony." In this recording, Celibidache galvanizes the Munich Philharmonic in an interpretation of tremendous power and vision, Stravinsky's Firebird Suite is an opulent fairy tale. What makes this a great listening experience, is Celibidache's extraordinary understanding of the rhythmic dances that pulse throughout this score and the folkish elements that are spontaneously mastered.For the first time on the MPHIL label, this recording is being released digitally in mSpatial Dolby Atmos format: mSpatial, developed by msm-studios (Munich), transforms a vintage stereo recording into an authentic immersive (e.g. Dolby Atmos) listening experience. The procedure virtualizes the original hall acoustics of the recording venue, based on algorithms using on-site acoustic measurements. Sergiu Celibidache never accepted recordings of his concerts as real, valid music. For him, music only happened in the very moment in time when it was performed, and only for the audience present in the concert hall during that concert. The late Maestro's postulation of simultaneous time is lost forever. However, mSpatial gets the listener closer than ever to the second aspect of his credo by creating a virtual immersive acoustic in the listener's environment, which is true to the original acoustic experience in the concert hall where the performance happened.
PRICES ON PIRANHARECORDS.NET DO NOT REFLECT THE PRICES IN OUR RETAIL STORE LOCATION. "IN STOCK" ON PIRANHARECORDS.NET DOES NOT REFLECT 'IN STOCK' AT OUR RETAIL LOCATION, HOWEVER IT MEANS WE HAVE QUICK ORDER FULFILLMENT (GENERALLY 2-3 BUSINESS DAYS).
This website uses cookies to personalize content and analyse traffic in order to offer you a better experience.
I accept Learn More
back to top