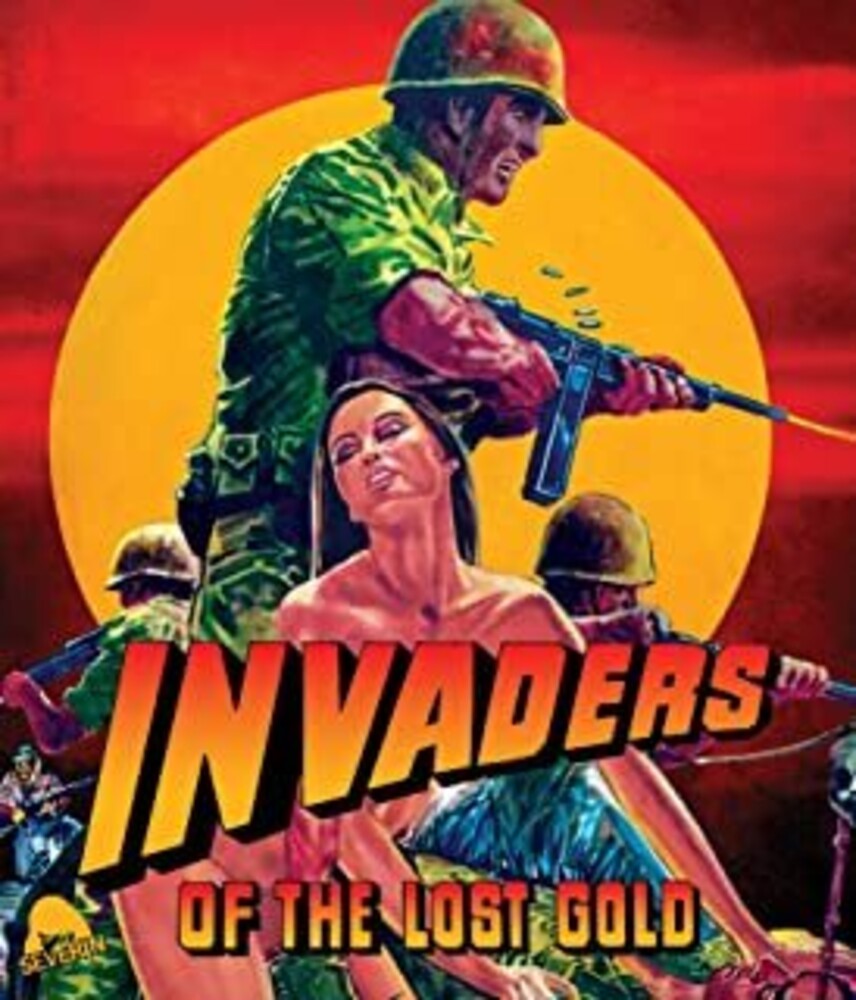 Invaders of the Lost Gold
Format:
New: Not in stock
Wish

From producer Dick Randall - whose international trashterpieces include ESCAPE FROM WOMEN'S PRISON, THE WILD WILD WORLD OF JAYNE MANSFIELD and PIECES - comes perhaps the most notorious all-star Philippine productions of the '80s: In the last days of WWII, a Japanese platoon is attacked by headhunters while attempting to hide millions in gold. 36 years later, a grizzled guide (onetime Academy Awardr nominee Stuart Whitman) is hired to lead an expedition - including Woody Strode (SPARTACUS), Harold 'Oddjob' Sakata and Laura 'Emanuelle' Gemser - into a jungle inferno of greed, violence, nudity and murder. Edmund Purdom (ABSURD) and Glynis Barber (DEMPSEY AND MAKEPEACE) co-star in this "delicious piece of atrocity cake" (Funxton) directed by Alan Birkenshaw (KILLER'S MOON) - also known as HORROR SAFARI - now scanned in 2K for the first time ever.
PRICES ON PIRANHARECORDS.NET DO NOT REFLECT THE PRICES IN OUR RETAIL STORE LOCATION. "IN STOCK" ON PIRANHARECORDS.NET DOES NOT REFLECT 'IN STOCK' AT OUR RETAIL LOCATION, HOWEVER IT MEANS WE HAVE QUICK ORDER FULFILLMENT (GENERALLY 2-3 BUSINESS DAYS).
back to top