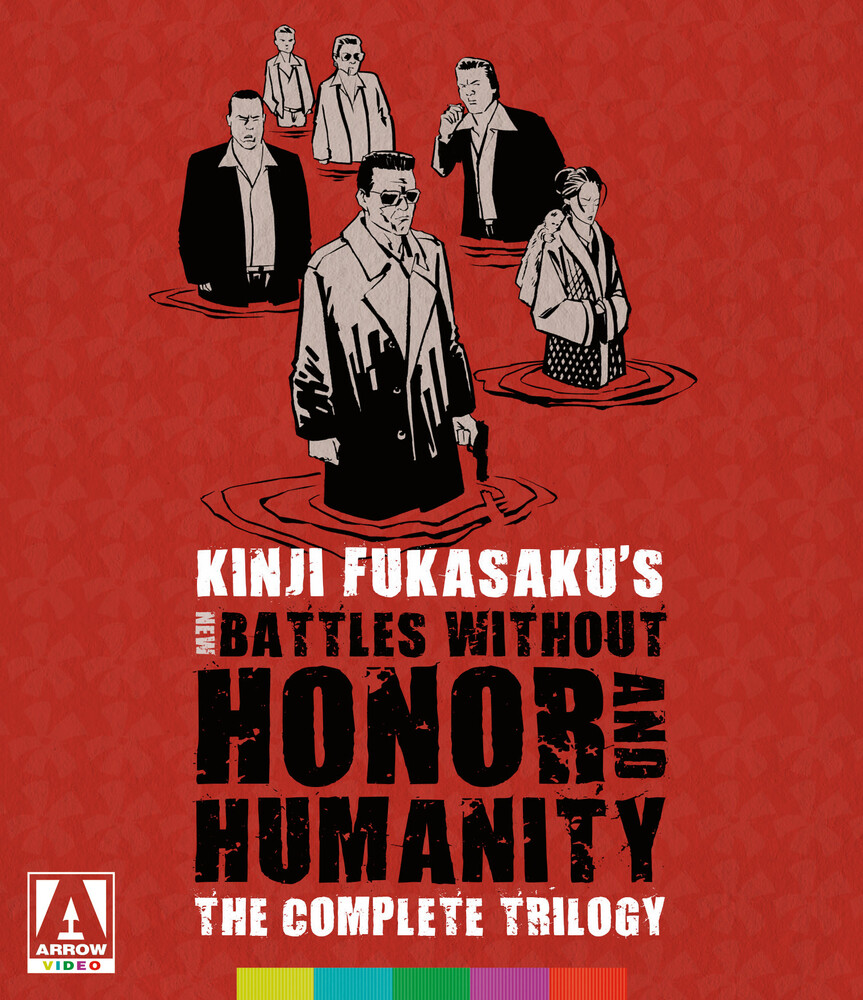 After the "Battles Without Honor and Humanity" pentalogy, director Kinji Fukasaku and lead Bunta Sugawara would reunite for three more intense (if unrelated) yakuza thrillers. In "New Battles Without Honor and Humanity" (1974), a low-level mob assassin (Sugawara) serving time for a botched hit may not want his parole, as each side in a simmering war for leadership is expecting him to declare his loyalty. Tomisaburo Wakayama, Nobuo Kaneko co-star. A drifter (Sugawara) agrees to take the fall when a clan assassinates a rival chieftain, but when he serves his time and the promised payday doesn't come, he sets an elaborate revenge scheme in motion. "The Boss's Head" (1975) co-stars Tsutomu Yamazaki, Ko Nishimura. Lastly, a mob soldier (Sugawara) elevated to command after his boss's murder wants to exact vengeance-and plots a deadly end run around the families' new non-aggression pact. "Last Days of the Boss" (1976) co-stars Eitaro Ozawa, Isao BitĂ´. 4 3/4 hrs. Total on 3 discs. Widescreen; Soundtrack: Japanese Dolby Digital mono; Subtitles: English; featurettes; theatrical trailers. In Japanese with English subtitles.
PRICES ON PIRANHARECORDS.NET DO NOT REFLECT THE PRICES IN OUR RETAIL STORE LOCATION. "IN STOCK" ON PIRANHARECORDS.NET DOES NOT REFLECT 'IN STOCK' AT OUR RETAIL LOCATION, HOWEVER IT MEANS WE HAVE QUICK ORDER FULFILLMENT (GENERALLY 2-3 BUSINESS DAYS).