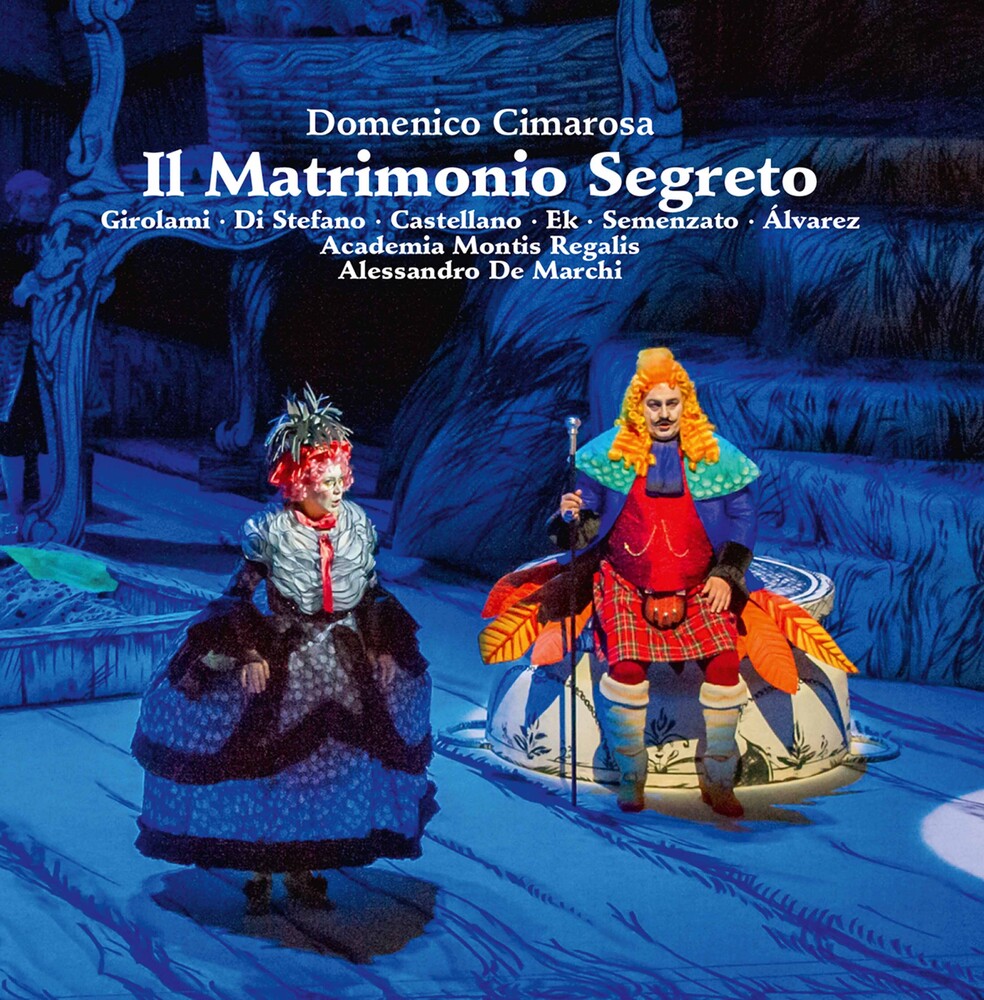 "Da capo!" This is what Emperor Leopold II shouted in the Vienna court theater in 1792 - and all the musicians once again began the musical fun from the beginning. Il matrimonio segreto is the only opera that has ever had the honor of being repeated in full at it's premiere, so very much did the comical musical goings-on please it's distinguished audience. On the occasion of the fortieth anniversary of the Innsbruck Early Music Festival Weeks, the conductor Alessandro de Marchi again at long last led a performance of Cimarosa's most popular opera in historical performance practice and in original sound. The music forms a direct transition from the Baroque opera to the Bel Canto era of Rossini and in every way merits a production in which the musical and vocal practice of Cimarosa and Mozart's times is brought back to life. Nowadays Cimarosa's opera is always heard in greatly abbreviated versions; repetitions and parts of arias often end up being eliminated. Alessandro de Marchi: "Though precisely these repetitions are interesting because in them the female and male singers, just as then was still the practice, are able to vary and improvise." The orchestral sound is also more colorfully and sharply contoured when original instruments are used. For the anniversary occasion everybody was supposed to have good reason to laugh, and this opera is optimally suited toward this end. The tradition of the opera buffa, with it's origins going back to the commedia dell'arte, in this work experiences a "high point full of irresistible moments of fun, on the stage and in the music" as de Marchi puts it.
PRICES ON PIRANHARECORDS.NET DO NOT REFLECT THE PRICES IN OUR RETAIL STORE LOCATION. "IN STOCK" ON PIRANHARECORDS.NET DOES NOT REFLECT 'IN STOCK' AT OUR RETAIL LOCATION, HOWEVER IT MEANS WE HAVE QUICK ORDER FULFILLMENT (GENERALLY 2-3 BUSINESS DAYS).
This website uses cookies to personalize content and analyse traffic in order to offer you a better experience.
I accept Learn More
back to top