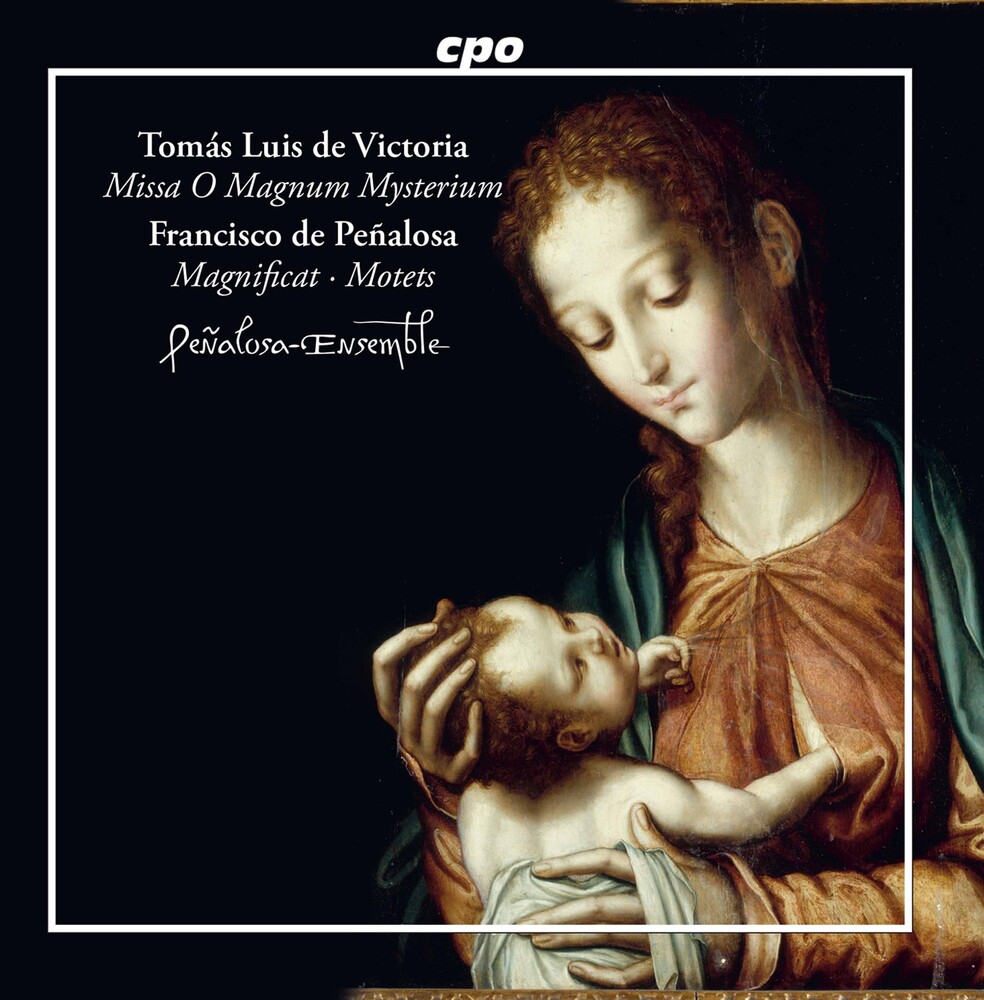 On the present recording the Peñalosa Ensemble brings together works by the two composers whose sacred music forms the chronological frame of the Golden Age of Iberian vocal music: it's namesake, the Spanish Renaissance composer Francisco de Peñalosa (motets, Magnificat), and Tomás Luis de Victoria (Missa, motets). If Peñalosa may be said to belong to the first generation of composers who assimilated the Franco-Flemish style of Josquin Desprez, then Victoria's death in 1611 symbolically closed the Iberian Renaissance through the adoption of Italian influences from the Age of Mannerism. The unique, highly emotional manifestation of Iberian Marian piety also influenced both composers - just as it also left it's imprint on the visual arts in Spain during the sixteenth and seventeenth centuries. Compositions by Tomás Luis de Victoria not only experienced successful, rapid, and continuous dissemination over the whole of Europe owing to what was beyond any doubt their sublime quality but also received additional impetus from printed editions of music - so that his music was interpreted without interruption until the nineteenth century and was elevated to the status of a symbol standing for an entire musical epoch.
PRICES ON PIRANHARECORDS.NET DO NOT REFLECT THE PRICES IN OUR RETAIL STORE LOCATION. "IN STOCK" ON PIRANHARECORDS.NET DOES NOT REFLECT 'IN STOCK' AT OUR RETAIL LOCATION, HOWEVER IT MEANS WE HAVE QUICK ORDER FULFILLMENT (GENERALLY 2-3 BUSINESS DAYS).
This website uses cookies to personalize content and analyse traffic in order to offer you a better experience.
I accept Learn More
back to top