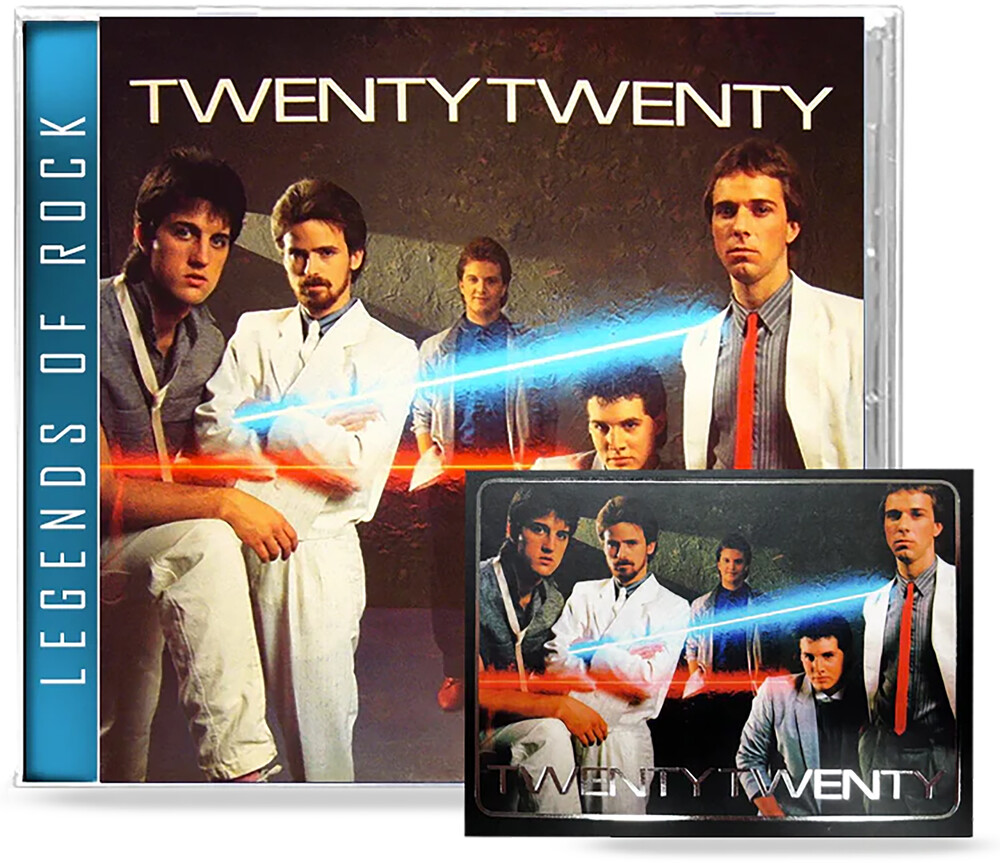 Twenty Twenty was a surprisingly flashy band, loaded with sure-fire commercial based sound and a blend of art-rock anthems similar to that of STYX or KANSAS with a dose of straight ahead rock similar to THE CARS, WHITEHEART or even GIANT. Let's just get one thing out of the way... can we? These albums were produced by WhiteHeart's Billy Smiley, so expect nothing more than a pristine polished sound. Billy Smiley was/is like the modern day Dave Cobb, Quincy Jones or Rick Rubin. Most of what he touches is pristine flawless pieces of work and these are no exception. Finding either one of their albums, 1985 Self-Titled or their 1987 Altered became a challenge so we were elated that Billy Smiley worked with us directly to get this back out for the first time ever on CD. The band mixed an interesting blend of pomp AOR with cool new wave melodies, all wrapped by a very Eighties arsenal of keyboards, synthesizers, synclavier and electronic drums. This Synth-AOR stadium rock band from the 80's would have been incredible to see opening up for Steve Taylor or Daniel Amos during their peek years or even as an opening act for MUSE or The Killers, with one exception... they might have stolen the show. They emulated art-rockers such as Kansas and Styx, as mentioned above, yet oddly enough this band escaped notice from Christian Radio and ultimately Christian bookstores because of one simple fact... The had some rather decent attention on mainstream radio and the Christians would have no part of mingling those two worlds "Christian" and "Secular" together.
PRICES ON PIRANHARECORDS.NET DO NOT REFLECT THE PRICES IN OUR RETAIL STORE LOCATION. "IN STOCK" ON PIRANHARECORDS.NET DOES NOT REFLECT 'IN STOCK' AT OUR RETAIL LOCATION, HOWEVER IT MEANS WE HAVE QUICK ORDER FULFILLMENT (GENERALLY 2-3 BUSINESS DAYS).
This website uses cookies to personalize content and analyse traffic in order to offer you a better experience.
I accept Learn More
back to top