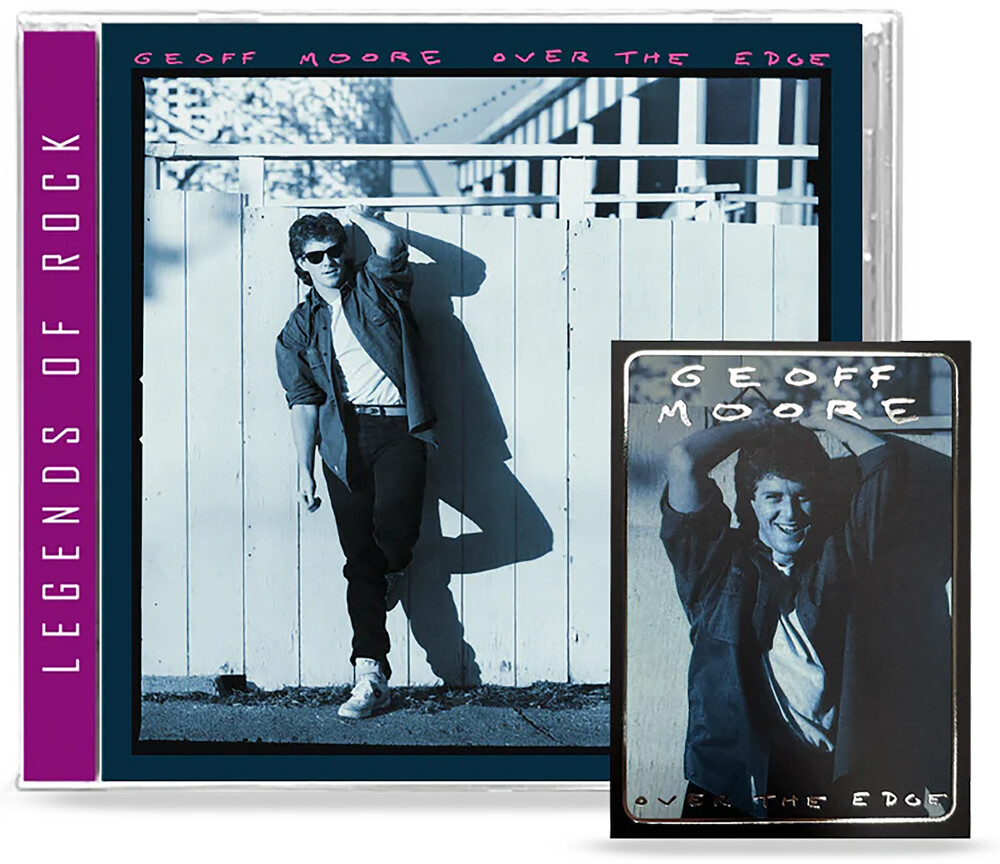 Geoff recorded his first of three solo albums in 1984 titled Where Are The Other Nine? featuring guitarist Roscoe Meek, bassist Gary Mullett, keyboardist Geof Barkley and drummer Chuck Conner and Two years later in 1986 with Over the Edge, followed in 1987 by The Distance, all produced by Whiteheart's Billy Smiley. After signing to Sparrow Records in 1987, he put together a touring band called "The Distance" and the rest is history with multiple Grammy Award Nominations including 4 Best Rock Gospel Albums and numerous Dove Awards. Geoff's second album released in 1986 propelled him to the forefront of Christian rock with his cover of Larry Norman's song, "Why Should The Devil Have All the Good Music," originally written in 1972 for Larry Normans - Only Visiting This Planet. Make no mistake about it, Geoff's rendition only made a good song, great. This is a perfect example of one of those albums we bought for the "one song". However the entire album is just as good and worthy of respect. If you are unfamiliar with Geoff's amazing albums but you like John Cougar Mellencamp, Bruce Springsteen and Bob Segar, you'll be happy to know that Moore grew up listening to those artist and formed his sound base on those music influences. First Time on CD Includes Limited Edition Collector Card in 8 Panel Jewel Case with Photos, Lyrics, Insights & more. Includes BONUS TRACK "Why Should The Devil (Have All the Good Music) LIVE",. 8 Panel Jewel Case with Photos, Lyrics, Insights and more. AOR Hard Rock / Arena Rocker. Includes Why Should The Devil Have All The Good Music (Larry Norman Cover Song). 4 Grammy Nominations - Multiple Dove Awards For Fans of Bob Segar, John Cougar Mellancamp & Bruce Springsteen. Produced by Whiteheart's Billy Smiley. Co-wrote with Charlie Peacock, & many Steve Curtis Champman Collaborations. Originally Release in 1986. Legends of Rock Edition
PRICES ON PIRANHARECORDS.NET DO NOT REFLECT THE PRICES IN OUR RETAIL STORE LOCATION. "IN STOCK" ON PIRANHARECORDS.NET DOES NOT REFLECT 'IN STOCK' AT OUR RETAIL LOCATION, HOWEVER IT MEANS WE HAVE QUICK ORDER FULFILLMENT (GENERALLY 2-3 BUSINESS DAYS).
This website uses cookies to personalize content and analyse traffic in order to offer you a better experience.
I accept Learn More
back to top