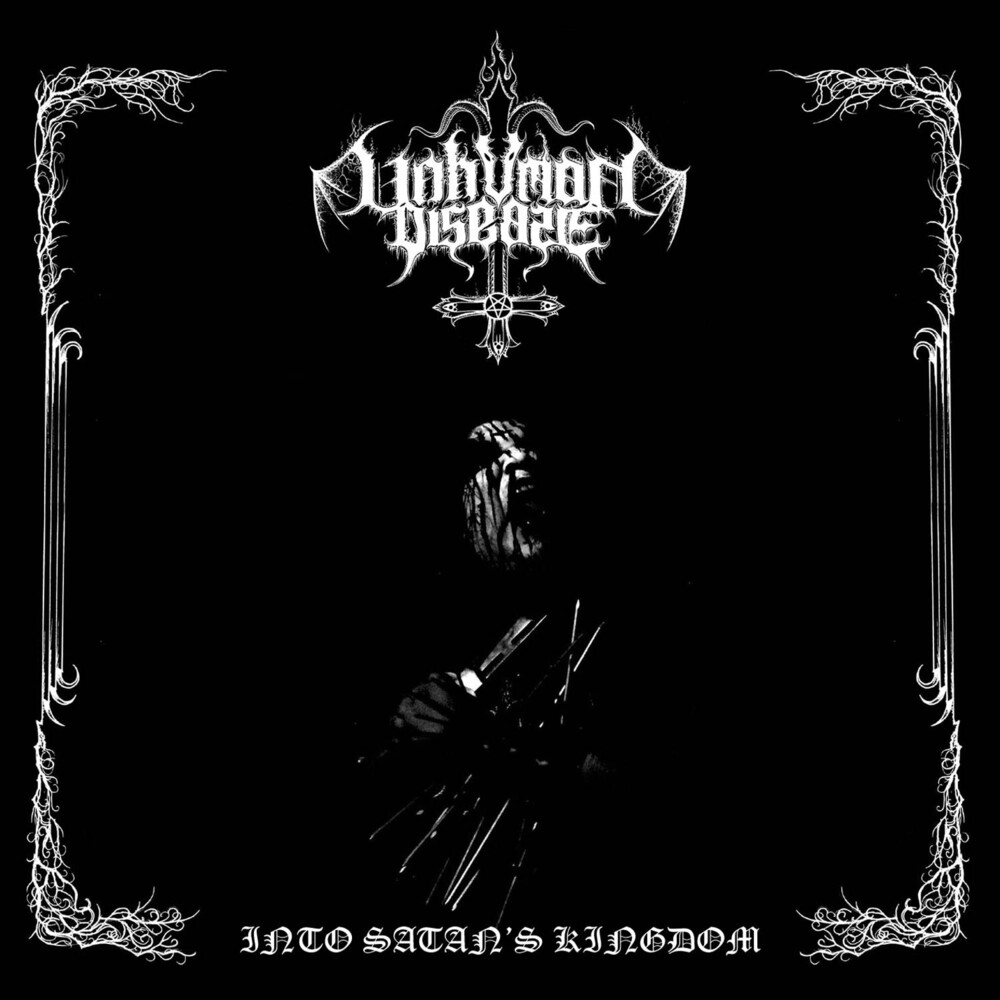 Cult Classic Re-issue of the Native American Black Metal Masterpiece - WORSHIP !!!! Over the span of 19 years, Native American Black Metal institution Unhuman Disease have certainly earned the status of US Black Metal Royalty! Since their foundation in 2003, Unhuman Disease has released 7 top-notch full length albums along with numerous EP's and splits. "Into Satan's Kingdom", the bands long out of print fourth album originally released in 2009, finally receives a well overdue re-issue featuring new cover art and exclusive bonus track! The 3rd in a series of re-issues to be unleashed, which will also include both of 2009's "Black Creations of Satan" and 2008's "Perpetuus Agonia"! Through their Artful Call, Unhuman Disease has created a satisfying blend of raw viciousness and melody- it is a devilish attack of total Satanic black devotion! Unhuman Disease is trademarked by Un-humanly grim vocals, catchy ceremonial rhythms and pulse pounding drums, all overlaid with maleficently eerie guitar solos. Sole member and known keeper of the true Black Metal flame, Nocturnus Dominus captures the essence of 1990's Norwegian Black Metal while maintaining an unmistakably diabolical American sound. Continuing their legacy under the Moribund Records banner, Unhuman Disease returns to remind all of what blasphemous aggression in Black Metal should sound like! Unhuman Disease will soon release their highly anticipated 8th studio album "And The Ritual Fire Still Burns..."! Until then, prepare yourself by taking the journey "Into Satan's Kingdom"!
PRICES ON PIRANHARECORDS.NET DO NOT REFLECT THE PRICES IN OUR RETAIL STORE LOCATION. "IN STOCK" ON PIRANHARECORDS.NET DOES NOT REFLECT 'IN STOCK' AT OUR RETAIL LOCATION, HOWEVER IT MEANS WE HAVE QUICK ORDER FULFILLMENT (GENERALLY 2-3 BUSINESS DAYS).
This website uses cookies to personalize content and analyse traffic in order to offer you a better experience.
I accept Learn More
back to top