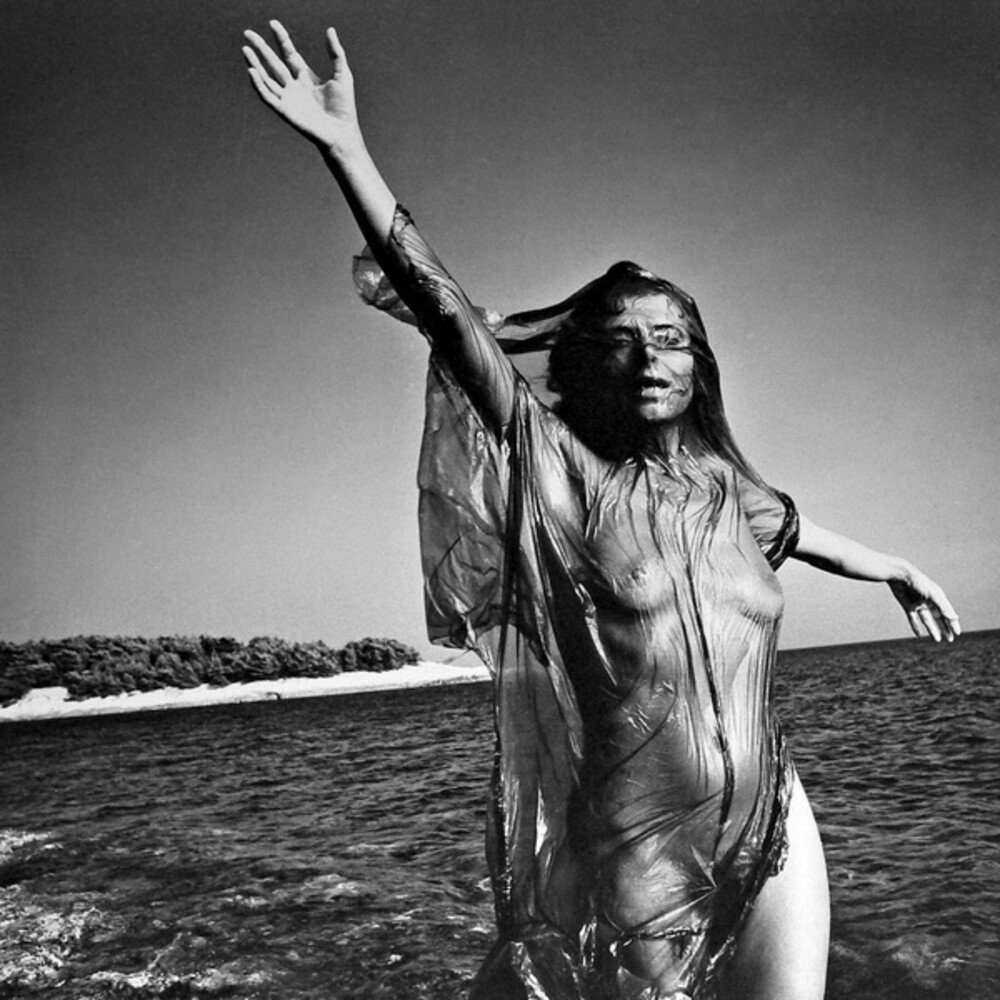 Vinyl LP pressing. A major part of Katalin Ladik's work was associated with vocal and instrumental music, although she had no particular music qualifications, nor was she an 'amateur musician', but rather a phenomenon of music excesses and voice miracles, combining music, theatre and poetry. Her music essentially addresses relations between sound and woman's body. It was the music of a female body and it's motions, transformation, action and expression: when she produced sounds with her body as a music instrument, playing folk or self-made instruments nude; when she voiced poetry or transformed voice into linguistically inarticulate sounds of phonic poetry; when her voice turned into a scream transforming poetry into acoustic event of music; or when she borrowed her transgressive voice to experimental musicians. Katalin Ladik recorded a series of poetic sound actions that were used in two projects, and of which recordings exist. The first is "Water Angel", where she recites fragments of her own lyrics mixed with parts from James Joyce and Lewis Carroll. It's a kind of sonic-textual collage, one can also hear KirĂˇly playing his self-built instrument called "zitherphone".
PRICES ON PIRANHARECORDS.NET DO NOT REFLECT THE PRICES IN OUR RETAIL STORE LOCATION. "IN STOCK" ON PIRANHARECORDS.NET DOES NOT REFLECT 'IN STOCK' AT OUR RETAIL LOCATION, HOWEVER IT MEANS WE HAVE QUICK ORDER FULFILLMENT (GENERALLY 2-3 BUSINESS DAYS).
This website uses cookies to personalize content and analyse traffic in order to offer you a better experience.
I accept Learn More
back to top