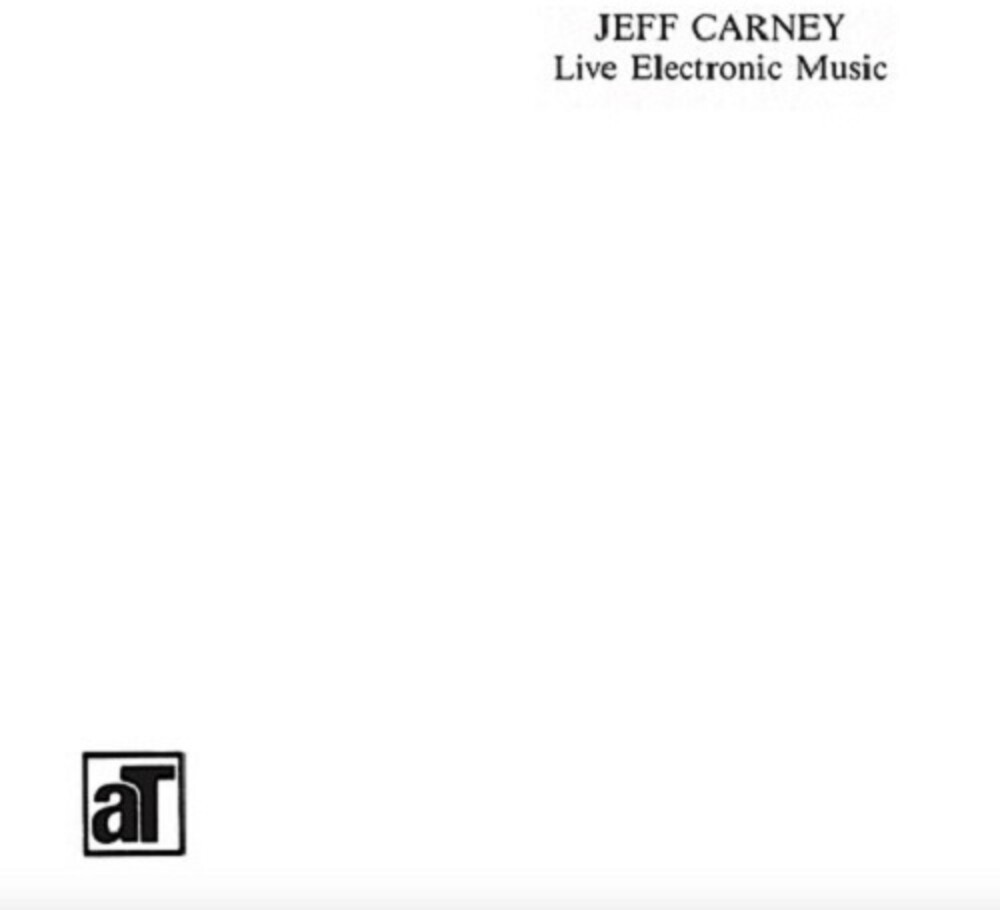 Jeff Carney's sophomore effort for audioFile (1989) could not have been criticized were it to have remained in similar territory as the electronic wall of sound he had created on Imperfect Space Journeys. Instead, he created a more sparse, evolving tapestry of analog timbres. Using an exclusively vintage analog arsenal and recording live without overdubbing, Carney pushed forward with new ideas and uniquely developing sweeps of filter madness. The side-long 'Questions (Unanswered)' is immensely innovative: the sounds are at once organic and of the earth, yet futuristic in their skyward drones and hypnotic hooks. Additional layers are gradually added, like a bubbling alien swarm tone that comes in successive falling surges, followed by cosmic whooshing and howling rushes of wind. The effect is simultaneously meditative and intense. And live. As Carney said, 'I was quite proud because I managed to essentially perform the entire composition without error. Just about every sound came in at the right level. Every part was performed without mistake. And nothing was adjusted or corrected. This was what happened on the spot." Carney explores different territory on the two B-side tracks: 'ARP 2600 Improvisation' is like a master class of cosmic effects. It feels like the soundtrack to a 1950s sci-fi movie, recalling Forbidden Planet's most electrifying moments, but also at times sounding like sci-fi flick meets battle-in-space video game. 'Pensive Mood' roars out of the starting gate with a high octane electronic arpeggiated pattern, creating a somewhat white-knuckled brand of "pensive" contemplation. This is the most minimal piece of the set, with the incessant, almost imperceptibly evolving arrangement having a somewhat edge-of-your-seat hypnotic effect.The album was completely uninfluenced by the digital trends that were dominating the era, and stands as a landmark example of the uncompromising ethos adopted by many artists of the 1980's underground. Featuring an all new essay and interview with Jeff Carney by Jerry Kranitz (author of the 'Cassette Culture' book and publisher for nearly two decades of Aural Innovations), this is the definitive reissue of Live Electronic Music.
PRICES ON PIRANHARECORDS.NET DO NOT REFLECT THE PRICES IN OUR RETAIL STORE LOCATION. "IN STOCK" ON PIRANHARECORDS.NET DOES NOT REFLECT 'IN STOCK' AT OUR RETAIL LOCATION, HOWEVER IT MEANS WE HAVE QUICK ORDER FULFILLMENT (GENERALLY 2-3 BUSINESS DAYS).
This website uses cookies to personalize content and analyse traffic in order to offer you a better experience.
I accept Learn More
back to top