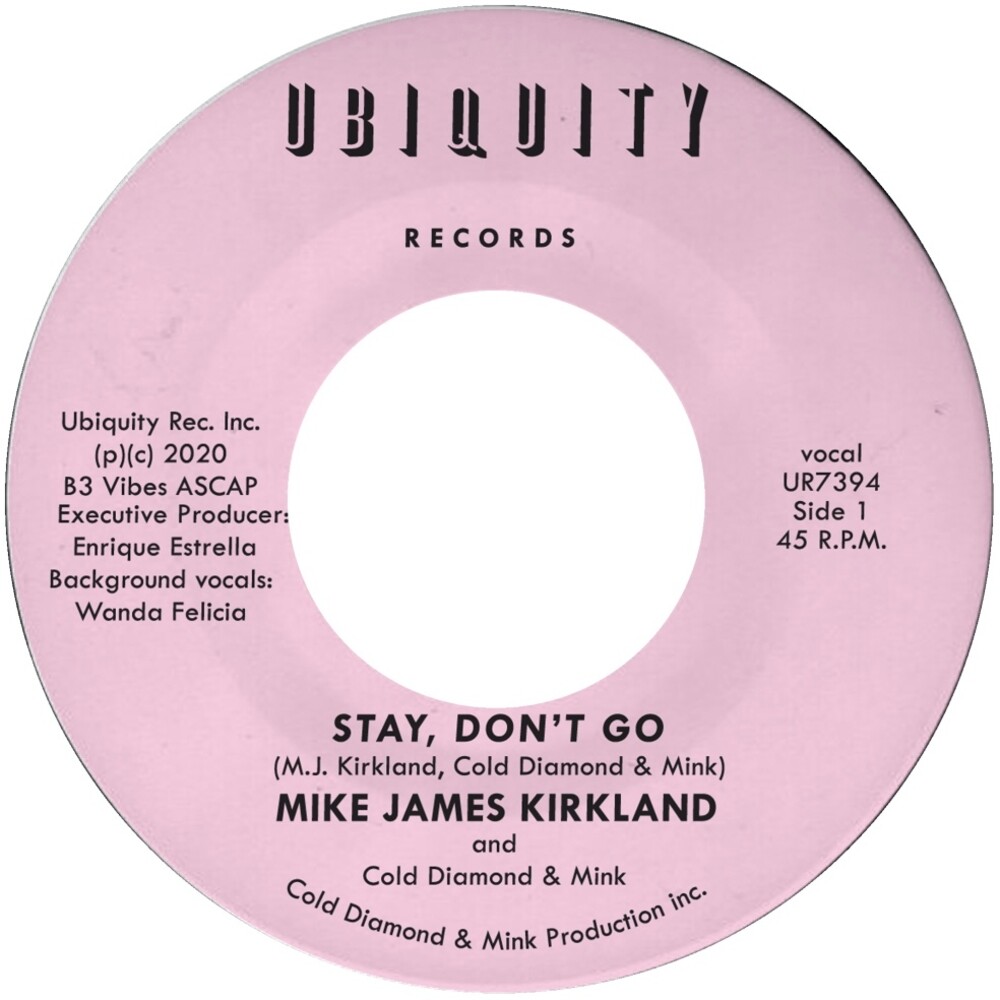 A match made in sweet-soul and lowrider heaven! This collaboration came to fruition from a fateful 2018 meeting in Finland between Ubiquity and Helsinki-based Timmion Records with both labels sharing a mutual respect, and each playing their part in creating and sustaining the contemporary soul, funk and r&b scene. Longtime fans and followers of Mike James Kirkland's work, especially his early '60s output as "Mike and The Censations", the Cold Diamond & Mink production crew have crafted 2 timeless tunes. Highlighting his vocals and melodies that have made him a favorite amongst collectors and affcionados alike, these new songs capture the elusive quality and "magic" of his classics such as "There's Nothing I Can Do About It" and "Victim of Circumstance". Cold Diamond & Mink have mastered the "sound", finding themselves at the forefront of today's growing movement appreciating these songs of love wanted, gained, and lost from yesteryear. Already responsible for a handful of "hit" singles and releases by artists such as Bobby Oroza, Johnny Benavidez, and Carlton Jumel Smith that have been embraced especially by the "slow and low" community, these new additions to their catalog further cement their reputation as the "coldest" production crew and premier purveyors of soul.