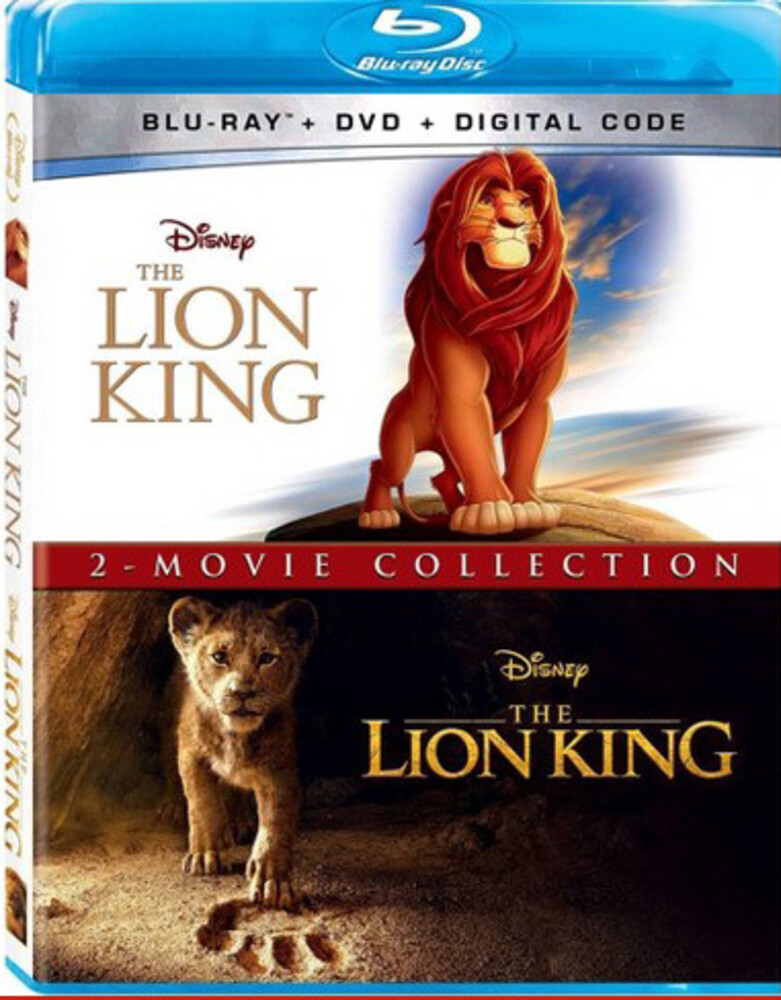 Four-disc set includes: The Lion King (1994)Vibrant and exciting Disney animated feature (the first based on an original story) about lion cub Simba, who is to follow in his father Mufasa's pawsteps as king of the jungle. But his wicked uncle Scar hatches a scheme to blame Simba for Mufasa's death so he can claim the throne himself. Matthew Broderick, James Earl Jones, Jeremy Irons, Whoopi Goldberg, Nathan Lane supply voices; the Elton John/Tim Rice soundtrack includes "Circle of Life," "Hakuna Matata," and the Oscar-winning "Can You Feel the Love Tonight." 88 min. C/Rtg: G The Lion King (2019)Disney's beloved, song-filled 1994 animated African opus got a CGI makeover from "Jungle Book" director Jon Favreau, and the results were no less of an audience sensation. Guiltily goaded as a cub by conniving uncle Scar into fleeing home and heritage after the death of his regent father Mufasa, the grown Simba must return and face his responsibilities to his oppressed pride. With the voices of Donald Glover, Beyoncé, Chiwetel Ejiofor, Seth Rogen, Billy Eichner, and James Earl Jones. 118 min. C/Rtg: PG
PRICES ON PIRANHARECORDS.NET DO NOT REFLECT THE PRICES IN OUR RETAIL STORE LOCATION. "IN STOCK" ON PIRANHARECORDS.NET DOES NOT REFLECT 'IN STOCK' AT OUR RETAIL LOCATION, HOWEVER IT MEANS WE HAVE QUICK ORDER FULFILLMENT (GENERALLY 2-3 BUSINESS DAYS).