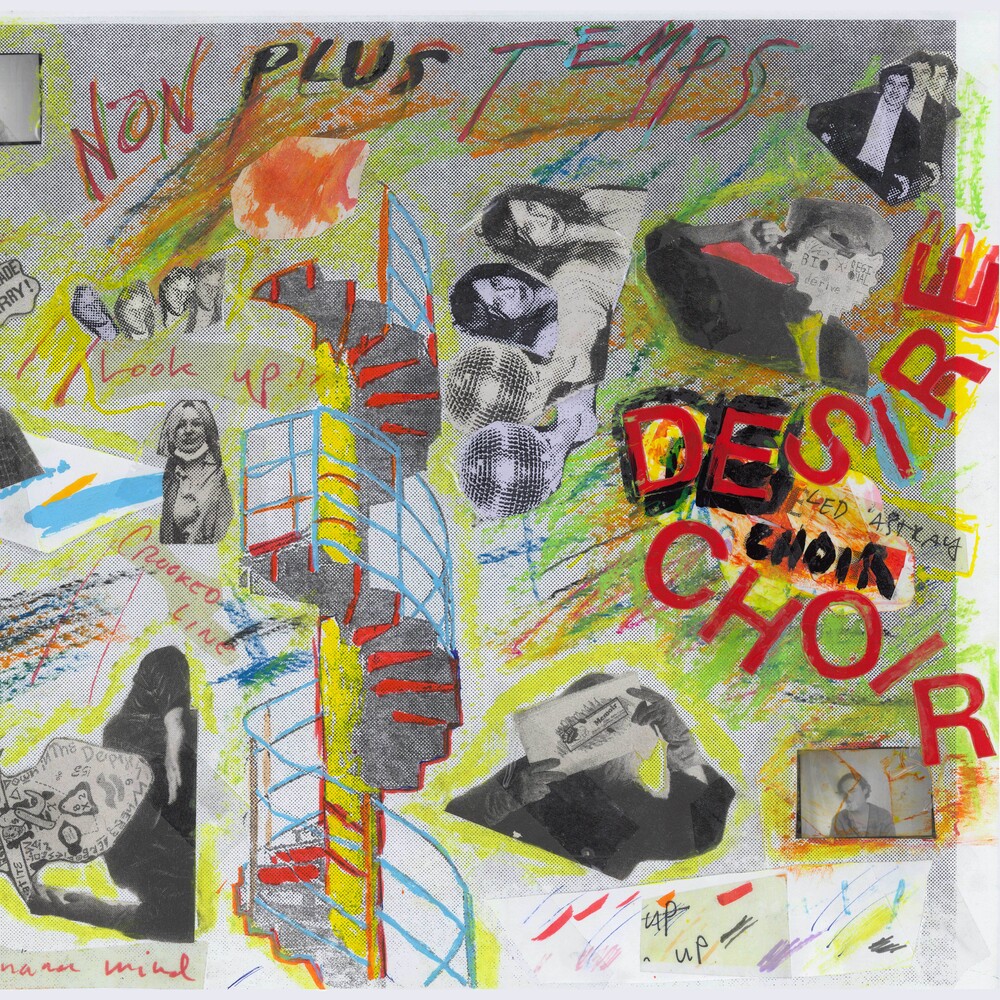 Andy Human and Sam Lefebvre began writing and recording Desire Choir in 2021. They biked to a West Oakland rehearsal space and tracked drums and bass to an old tape machine. It was an accretive process, initially disoriented from live performance. Influenced by a "communist interpretation of collective music" and the variable post-punk and dub combinations of the On-U Sound label, as they write in a pamphlet companion to the album, Non Plus Temps emerged as more singers and players sought affinity amid the pandemic-era social isolation and unrest.The result joins various instruments (sax and saz, synths and bells) and production techniques in a sound like the "broken headlight sky" mentioned in "Endless Jetty Night," the nervy, Residents-like meditation on coastal subduction zones closing the A-side. Album opener "Continuous Hinge," with vocalist Amber Sermeno, is a backbeat beaded with Stanley Martinez's electric viola, while "Facts Sound Like Myths" introduces pinballing dub paranoia. "Reversible Mesh," they write, suggests a "self-conscious Eno affinity surrendering to Chrome."
PRICES ON PIRANHARECORDS.NET DO NOT REFLECT THE PRICES IN OUR RETAIL STORE LOCATION. "IN STOCK" ON PIRANHARECORDS.NET DOES NOT REFLECT 'IN STOCK' AT OUR RETAIL LOCATION, HOWEVER IT MEANS WE HAVE QUICK ORDER FULFILLMENT (GENERALLY 2-3 BUSINESS DAYS).
This website uses cookies to personalize content and analyse traffic in order to offer you a better experience.
I accept Learn More
back to top