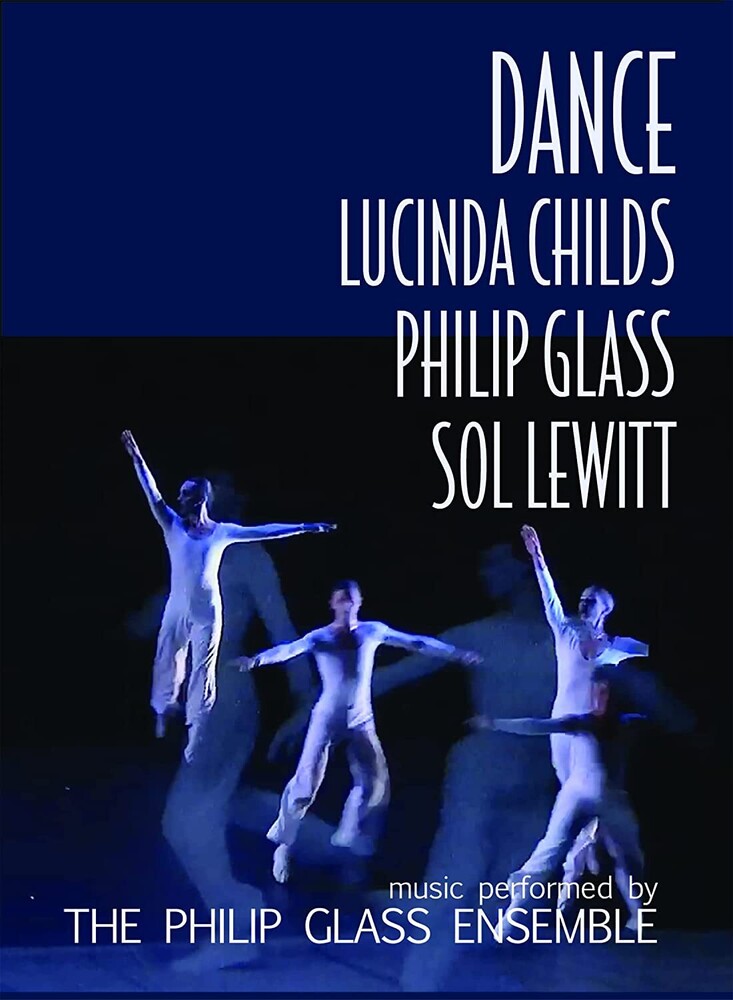 Orange Mountain Music is proud to announce the release of the iconic 1979 work DANCE by choreographer Lucinda Childs, composer Philip Glass, and film by Sol LeWitt. "See the music, hear the dance." Never was the great George Balanchine's exhortation more fully realized than in DANCE. DANCE, American dancer and choreographer Lucinda Childs's first major show, is set to an especially commissioned score by Philip Glass, and framed by a video by the visual artist Sol LeWitt. Three exponents of Minimalism in their respective fields come together to create something that was once justly described as "close to stage heaven." A work of uncompromising purity, it's choreography meticulously follows every subtle nuance and shifting pattern of Philip Glass's score, so that you can see the music in the bodies of the 12-white clad dancers, the audiences two senses, sight and hearing, completely fused. LeWitt shot a film of the dance, and then cut, layered and floated it onto a scrim over the live performance. The dancers in Sol LeWitt's film, featuring Lucinda Childs herself, appear to flit through the live dancers. The result is one of the most popular ballets of the 20th century. Filmed in Paris in 2014 by the director Marie-Helene Rebois, produced by Daphnie Productions with the participation of France Televisions, the performance was produced by Pomegranate Arts.
PRICES ON PIRANHARECORDS.NET DO NOT REFLECT THE PRICES IN OUR RETAIL STORE LOCATION. "IN STOCK" ON PIRANHARECORDS.NET DOES NOT REFLECT 'IN STOCK' AT OUR RETAIL LOCATION, HOWEVER IT MEANS WE HAVE QUICK ORDER FULFILLMENT (GENERALLY 2-3 BUSINESS DAYS).
This website uses cookies to personalize content and analyse traffic in order to offer you a better experience.
I accept Learn More
back to top