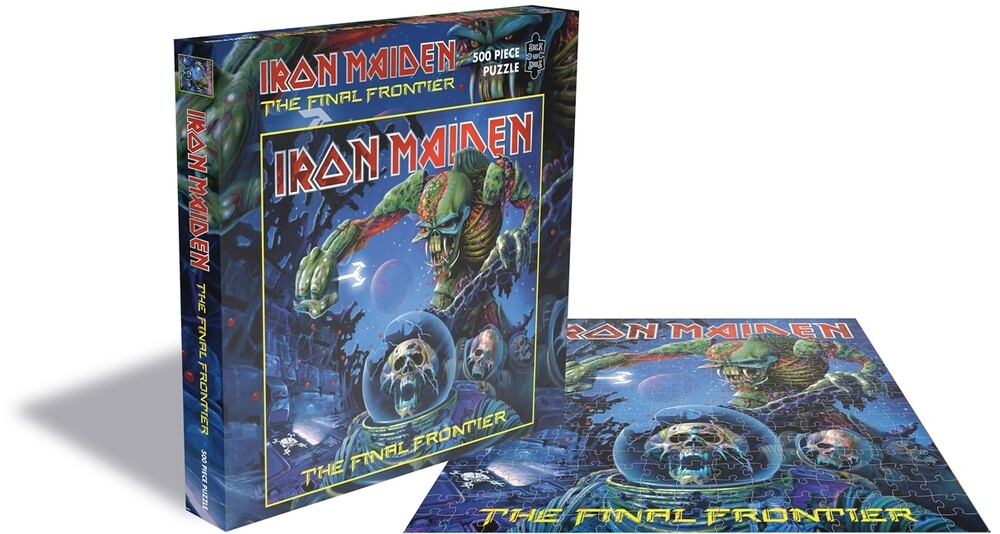 Released in August 2010, "The Final Frontier" is the fifteenth studio album by English heavy metal band Iron Maiden. The album received favourable reviews from critics and peaked at No. 1 in 28 countries. This included the United Kingdom, where it became the band's fourth release to top the UK Albums Chart. The album was ranked No. 1, No. 3, and No. 7 respectively in Metal Hammer, Kerrang! And Revolver's lists of the best albums of 2010. The song "El Dorado" won the band their first Grammy award for "Best Metal Performance". The album's iconic cover art, created by long-time contributor Melvyn Grant, is now available as a 500 piece jigsaw puzzle printed on high quality board.500 pieces Weight: 490g Jigsaw size: 41cm x 41cm Box size: 30.9cm x 30.9cm x 2.8cm
PRICES ON PIRANHARECORDS.NET DO NOT REFLECT THE PRICES IN OUR RETAIL STORE LOCATION. "IN STOCK" ON PIRANHARECORDS.NET DOES NOT REFLECT 'IN STOCK' AT OUR RETAIL LOCATION, HOWEVER IT MEANS WE HAVE QUICK ORDER FULFILLMENT (GENERALLY 2-3 BUSINESS DAYS).