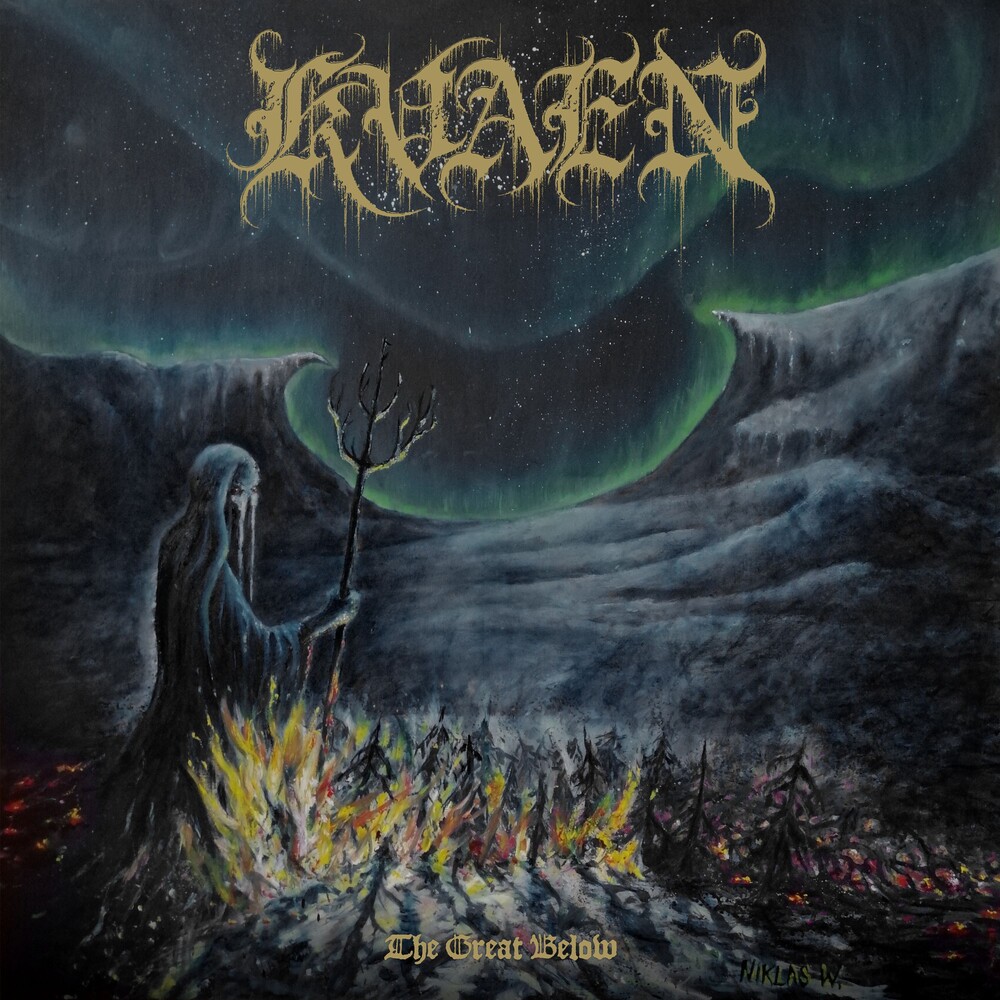 Two Years after the successful and highly praised debut album The Funeral Pyre that took the underground scene by surprise and received high praise from critics all over the world with it's unique mix of elements of Black Thrash, Pagan and Speed metal. KVAEN dominated the underground scene and had the audience in a firm grip and still today the album continues to hold a special place for many, with the new album perfectly titled "The Great Below" Kvaen has taken everything to the max and created a follow up even more grand than it's debut, the blades are sharpened, and the sound is bigger than ever. The Great below is a sophomore album you'll only hear once in your lifetime. Building on the sound developed on the Funeral Pyre but taking everything to new levels with a monster of 8 tracks, this time accompanied by drummer Tommi Tuhkala whom also serves as the live drummer for the band, but the album doesn't stop surprising there, on this new album we have some special guests on both solos and vocal duets, Jeff Loomis, Mike Weed, Sebastian (Battle) Angus Norder, Nephente, even swigging a duet with Finnish folk metal vocalist Vreth of Finntroll for ending song The Fire Within Him Burns.The Great below is an album that simply delivers some of the finest tunes you will ever hear this year!
PRICES ON PIRANHARECORDS.NET DO NOT REFLECT THE PRICES IN OUR RETAIL STORE LOCATION. "IN STOCK" ON PIRANHARECORDS.NET DOES NOT REFLECT 'IN STOCK' AT OUR RETAIL LOCATION, HOWEVER IT MEANS WE HAVE QUICK ORDER FULFILLMENT (GENERALLY 2-3 BUSINESS DAYS).
This website uses cookies to personalize content and analyse traffic in order to offer you a better experience.
I accept Learn More
back to top