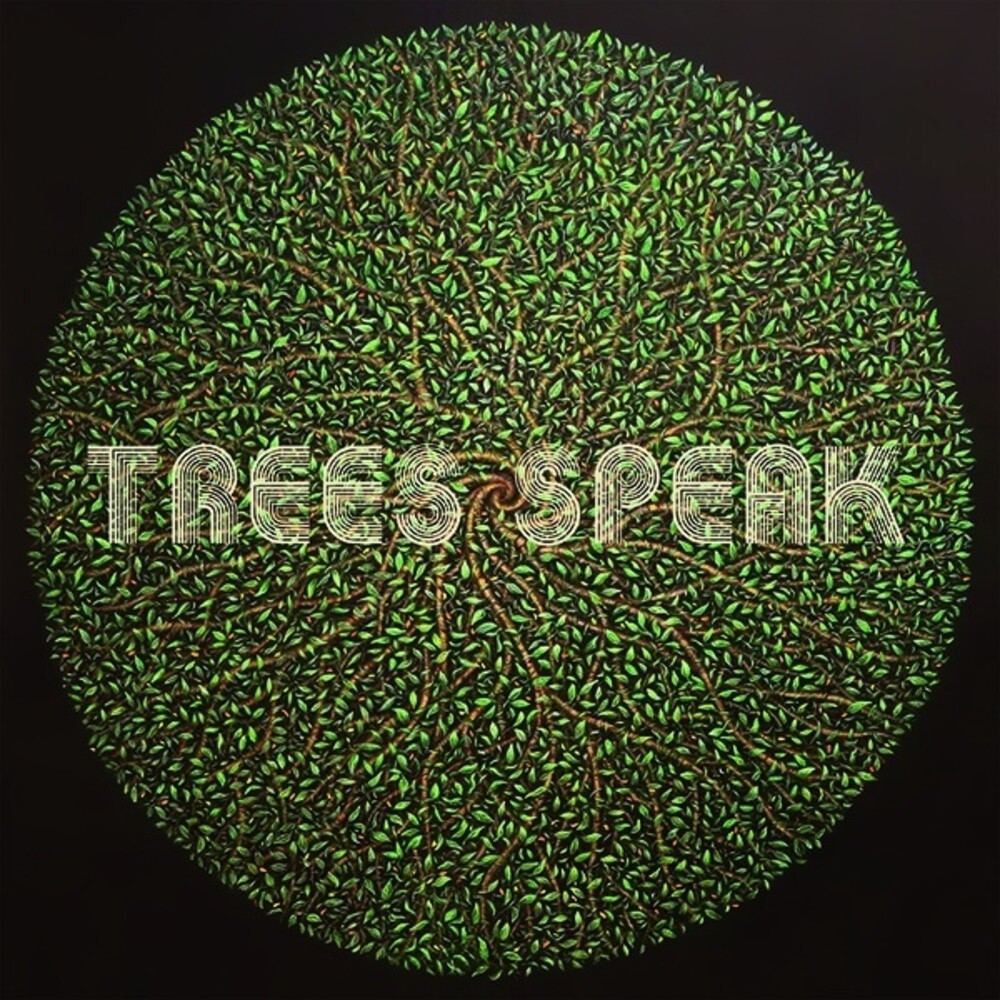 Double vinyl LP pressing. Trees Speak's debut record, Trees Speak, is the band's first of five albums they've produced in half a decade, and it is finally getting it's worldwide reissue to their fans' long-awaited anticipation. Trees Speak never intended to become a band or release a record, but they posted their music on Bandcamp. A month after uploading tracks, Cinedelic Records contacted them and struck a deal to release their first album titled Trees Speak. While their music might seem organic and unrehearsed, the band has developed an creative way of communicating ideas into sound using visual art. For example, they use diagrams when communicating a musical idea. The band often refers to musical diagrams to express dynamics, chords, key signatures, and emotional expressions. These graphic notations are a template to communicate esoteric concepts, which they ingeniously transform into their music. They also use this form of illustrated art expression during live performances and in-studio recordings. It is a simple way to explain an overarching idea through music and art.
PRICES ON PIRANHARECORDS.NET DO NOT REFLECT THE PRICES IN OUR RETAIL STORE LOCATION. "IN STOCK" ON PIRANHARECORDS.NET DOES NOT REFLECT 'IN STOCK' AT OUR RETAIL LOCATION, HOWEVER IT MEANS WE HAVE QUICK ORDER FULFILLMENT (GENERALLY 2-3 BUSINESS DAYS).
This website uses cookies to personalize content and analyse traffic in order to offer you a better experience.
I accept Learn More
back to top