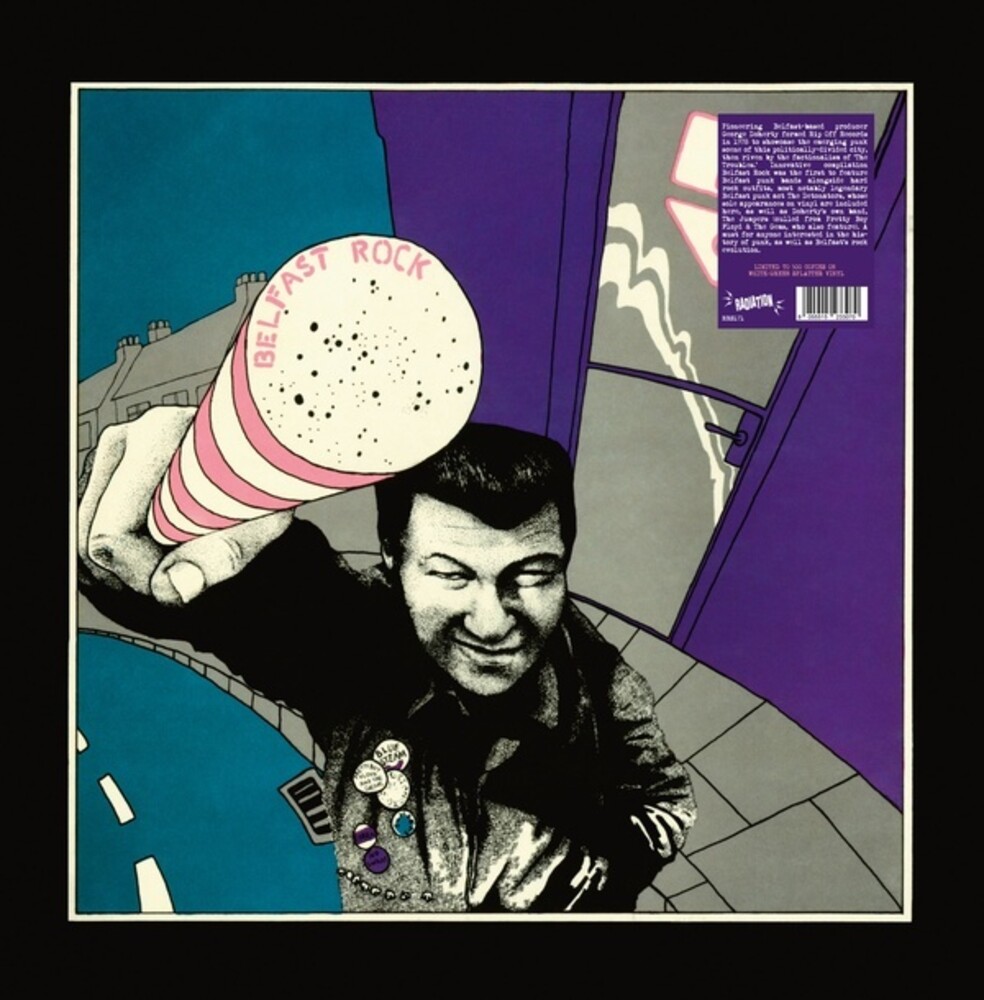 Vinyl LP pressing. Radiation Records present a reissue of Belfast Rock, a compilation released by Rip Off Records in 1978. Pioneering Belfast-based producer George Doherty formed Rip Off Records in 1978 to showcase the emerging punk scene of this politically-divided city, then riven by the factionalism of "The Troubles". Innovative compilation Belfast Rock was the first to feature Belfast punk bands alongside hard rock outfits, most notably legendary Belfast punk act The Detonators, whose sole appearances on vinyl are included here, as well as Doherty's own band, The Jumpers (culled from Pretty Boy Floyd & The Gems, who also feature). A must for anyone interested in the history of punk, as well as Belfast's rock evolution. Also features Blue Steam, Cobra, and No Sweat.
PRICES ON PIRANHARECORDS.NET DO NOT REFLECT THE PRICES IN OUR RETAIL STORE LOCATION. "IN STOCK" ON PIRANHARECORDS.NET DOES NOT REFLECT 'IN STOCK' AT OUR RETAIL LOCATION, HOWEVER IT MEANS WE HAVE QUICK ORDER FULFILLMENT (GENERALLY 2-3 BUSINESS DAYS).
This website uses cookies to personalize content and analyse traffic in order to offer you a better experience.
I accept Learn More
back to top