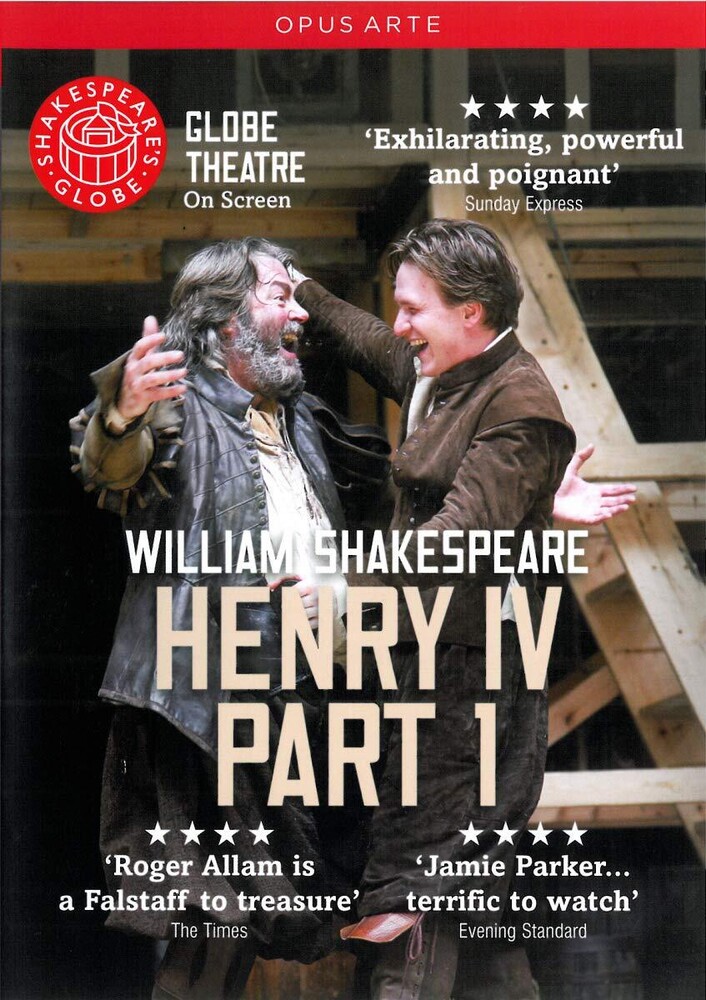 The first instalment of what is widely acknowledged to be Shakespeare's greatest historical saga, Henry IV Part 1 is an epic tale of power, treachery and war, exploring the complexity of father-son relationships. Featuring an Olivier award-winning performance from Roger Allam as Falstaff, the comical mentor to Jamie Parker's Prince Hal, this is a celebrated presentation of the English classic, expertly directed by Dominic Dromgoole. "Henry IV is the Shakespeare play that's perfectly suited to the Globe. In Dominic Dromgoole's intelligent, faithful and entertaining new production, Sir John Falstaff, that 'sweet creature of bombast', might have stopped for a pint of sack in Southwark en route for a rendezvous with Doll Tearsheet at the Boar's Head." (The Guardian)
PRICES ON PIRANHARECORDS.NET DO NOT REFLECT THE PRICES IN OUR RETAIL STORE LOCATION. "IN STOCK" ON PIRANHARECORDS.NET DOES NOT REFLECT 'IN STOCK' AT OUR RETAIL LOCATION, HOWEVER IT MEANS WE HAVE QUICK ORDER FULFILLMENT (GENERALLY 2-3 BUSINESS DAYS).
This website uses cookies to personalize content and analyse traffic in order to offer you a better experience.
I accept Learn More
back to top