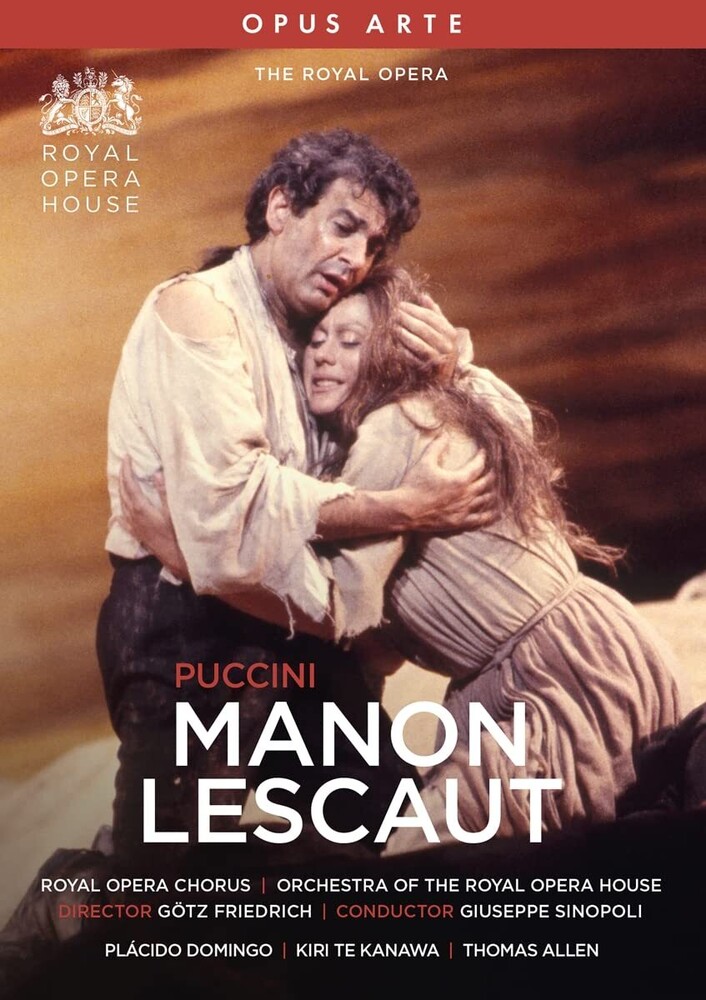 Puccini began to compose Manon Lescaut in 1889. It was an act of supreme bravado as only five years previously Massenet had premiered Manon, based on the same novel by Abbé Prévost. The story is set in France and Louisiana in the early 18th century and focuses on - in a way different to Massenet - the fortunes and tragedy of the hero, the Chevalier des Grieux, and his lover, Manon. It's ceaseless melodic beauty and drama were recognized immediately and the first night was an overwhelming triumph, with Puccini effectively anointed as Verdi's successor and Italy's greatest operatic composer. Ninety years after it's 1893 premiere in Turin, the work was staged by the Royal Opera House, Covent Garden. The 1983 production was conducted by Giuseppe Sinopoli, making his British operatic debut to such remarkable effect that The Times referred to him as 'Europe's most spectacular new opera star'. The cast included three of the greatest exponents of their roles; Plácido Domingo as the romantic hero whose performance 'was a cause for drop-jawed wonder' (The Spectator), the radiant Kiri Te Kanawa as Manon and Thomas Allen as her brother, Lescaut. Director Götz Friedrich's largely traditional staging proved a major theatrical success.
PRICES ON PIRANHARECORDS.NET DO NOT REFLECT THE PRICES IN OUR RETAIL STORE LOCATION. "IN STOCK" ON PIRANHARECORDS.NET DOES NOT REFLECT 'IN STOCK' AT OUR RETAIL LOCATION, HOWEVER IT MEANS WE HAVE QUICK ORDER FULFILLMENT (GENERALLY 2-3 BUSINESS DAYS).
This website uses cookies to personalize content and analyse traffic in order to offer you a better experience.
I accept Learn More
back to top