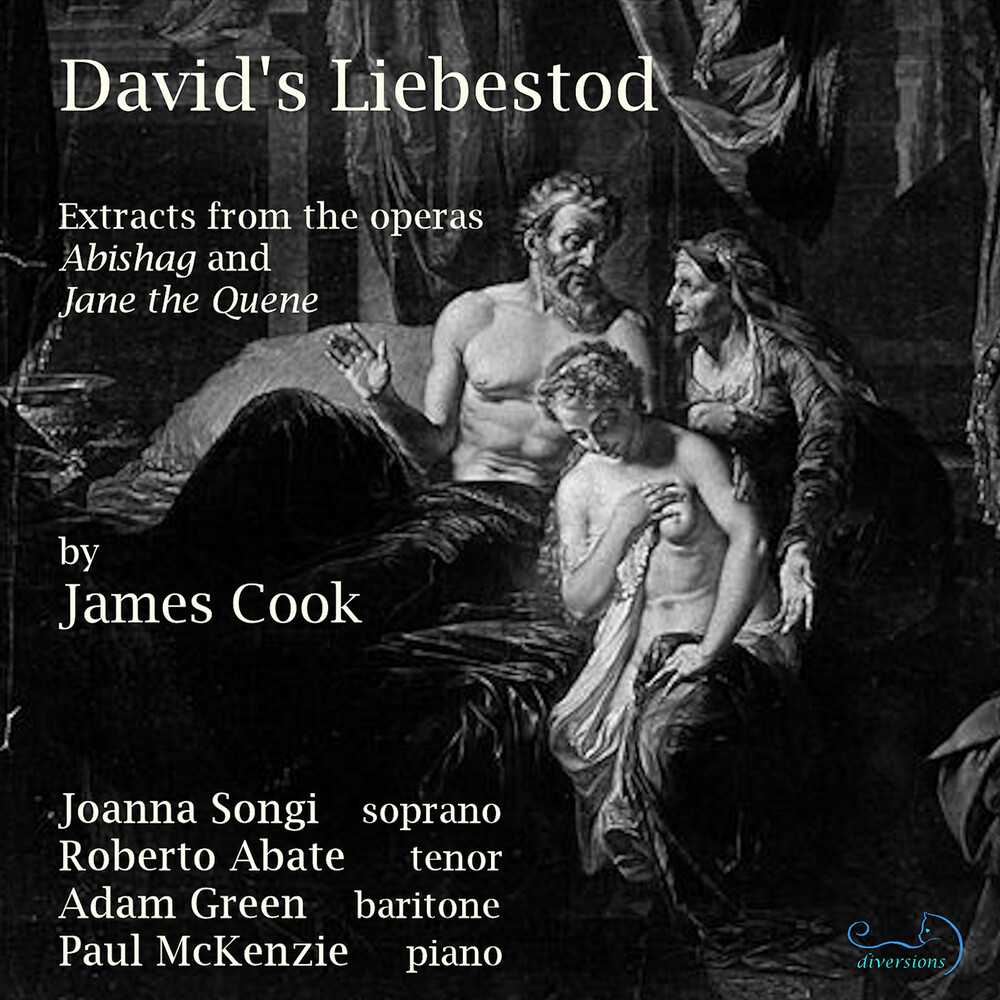 James Cook was born in Wales in 1969. He composed three major symphonies in his twenties and after a brief spell studying composition at Oxford in 1994 turned to the writing of sacred vocal and choral music, much of which has been recorded for Divine Art/Diversions. In 2000 he began to concentrate on organ music and competed a cycle of nine organ symphonies. Looking to expand his horizons further he turned to opera in 2010; his first, "Dorothy", was premiered in London in 2015. Since then he has produced several more including a cycle of four on Biblical themes. This mid-price mini-album includes three items, in voice/piano arrangements, from one of those Biblical operas, "Abishag" about the woman hired to be companion to King David, and two from "Jane the Quene", which deals with the tragic story of Lady Jane Grey the 'nine days Queen' of England in the 16th century. The performers are established and sought-after on the British opera circuit and have appeared with Royal Opera, English National, and other major companies in the UK and Europe. They and the composer have begun work on recordings of pieces from his major opera "Mary Magdalene"
PRICES ON PIRANHARECORDS.NET DO NOT REFLECT THE PRICES IN OUR RETAIL STORE LOCATION. "IN STOCK" ON PIRANHARECORDS.NET DOES NOT REFLECT 'IN STOCK' AT OUR RETAIL LOCATION, HOWEVER IT MEANS WE HAVE QUICK ORDER FULFILLMENT (GENERALLY 2-3 BUSINESS DAYS).
This website uses cookies to personalize content and analyse traffic in order to offer you a better experience.
I accept Learn More
back to top