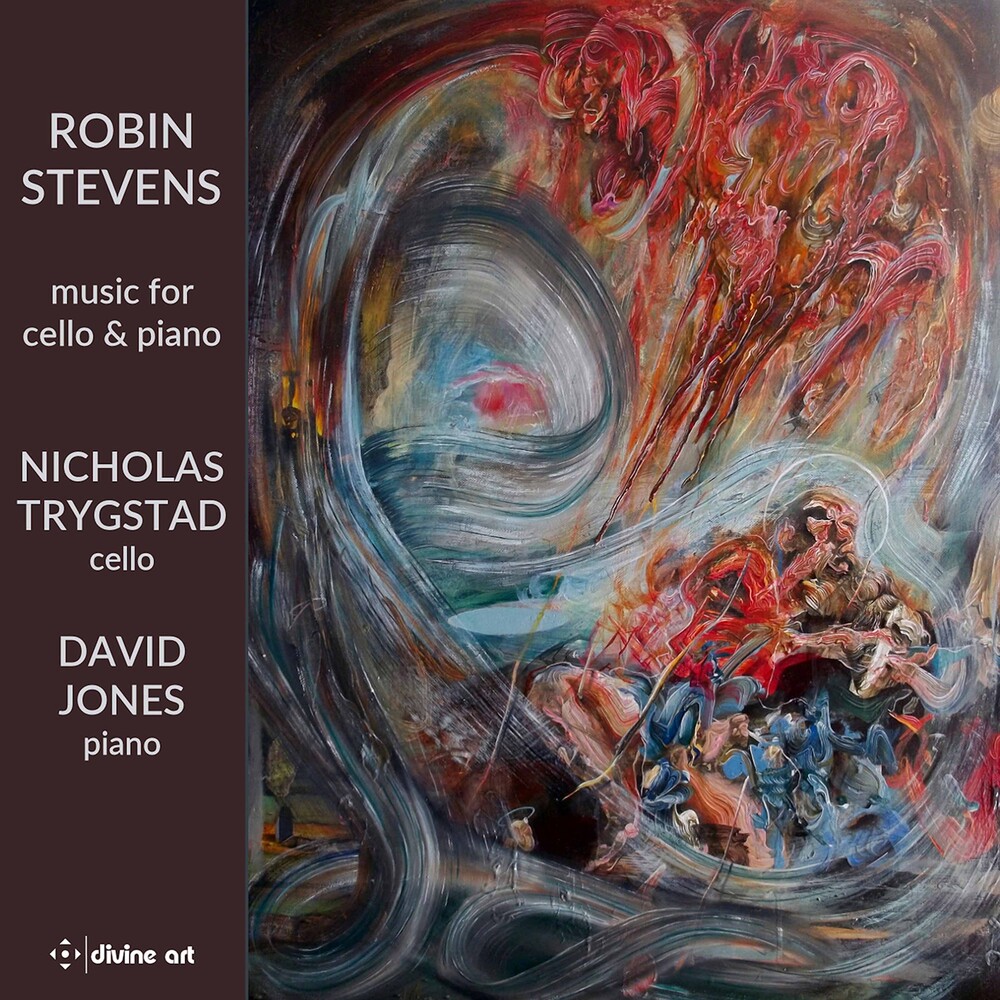 The British composer Robin Stevens (b. 1958) is a great talent who is being discovered by the global music community, due in part to the critical acclaim given to the two previous Divine Art albums of his music. His varied, stimulating and expressive work arises from many influences - from the music of the Romantic era, to mathematics, his faith and inspiration of his teachers, and he is now producing substantial works for varied instrumental groupings, which are modernist and original, but yet immediately accessible. An accomplished cellist himself, Stevens has produced a body of work for the instrument which should become part of the regular repertoire. On this album, works for cello and piano stand alongside pieces for solo cello, from the substantial 27-minute Sonata Romantica to several compositions in a lighter, tonal style full of Stevens' wit and humor. Written between 1994 and 2020, they present a diverse range of expressionist and gently modernist sound worlds. American cellist Nicholas Trygstad moved to England in 1998 to study at the Royal Northern College of Music. He became principal cello of Scottish Opera and from 2005 the HallĂ© Orchestra, and is very active in both solo recitals, chamber concerts and his teaching duties both at the RNCM in Manchester and also now with NYO Inspire. David Jones is Head of Accompaniment at the Royal Northern College and pianist for the HallĂ© Choir, and has given premiere performances of works by a number of prominent British composers. His previous recordings include three albums of music by Jeffrey Lewis, attracting the comment "not to be missed": by Gramophone. Both Nicholas and David have appeared on previous Divine Art / MĂ©tier recordings.
PRICES ON PIRANHARECORDS.NET DO NOT REFLECT THE PRICES IN OUR RETAIL STORE LOCATION. "IN STOCK" ON PIRANHARECORDS.NET DOES NOT REFLECT 'IN STOCK' AT OUR RETAIL LOCATION, HOWEVER IT MEANS WE HAVE QUICK ORDER FULFILLMENT (GENERALLY 2-3 BUSINESS DAYS).
This website uses cookies to personalize content and analyse traffic in order to offer you a better experience.
I accept Learn More
back to top