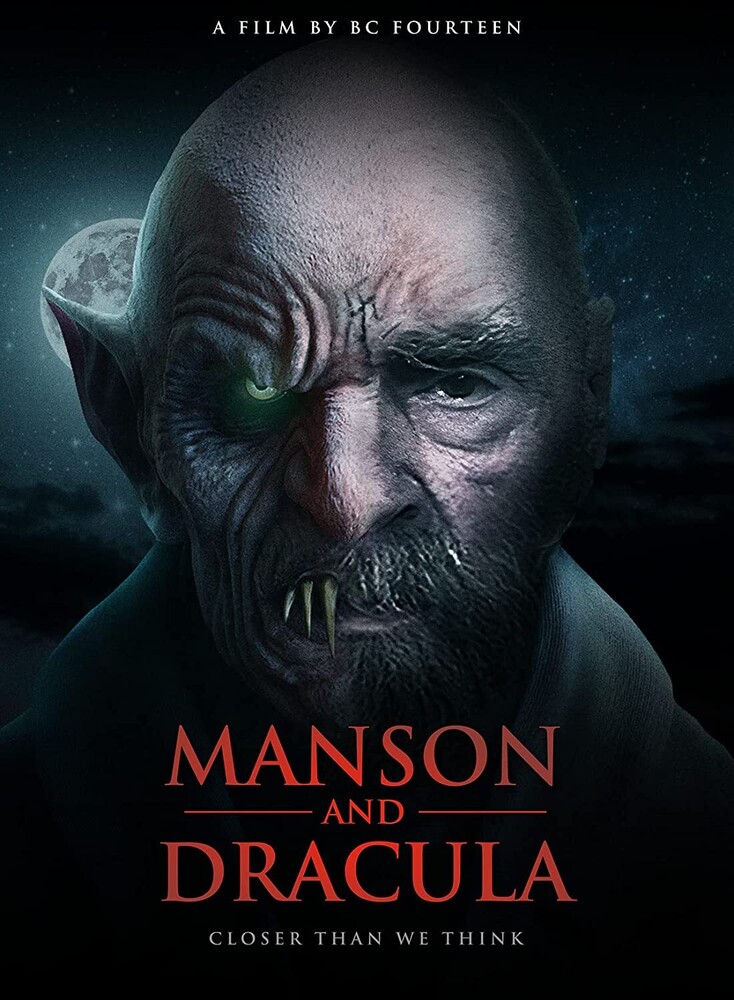 Dracula. The fictional count of the undead who emerges by night to claim the blood of his victims. Since his first appearance in the classic 1897 novel, his name has become synonymous with vampire legend. Charles Manson. Career criminal, cult guru, cold-blooded killer. Since his apprehension and conviction in 1971, his name has become synonymous with the dark side of sixties counterculture. In Manson And Dracula: Closer Than We Think, acclaimed filmmaker BC Fourteen takes a deep dive down the rabbit hole to shine a light on the dark deeds and lasting legacies of both these notorious figures. From mingling undetected in society's midst, to their very name striking terror in the hearts of men. From brainwashed brides to bedroom break-ins. From plotting mayhem in isolated compounds to brazen bloodlust for innocent victims. Winding through the realms of both dark fiction and stark reality, using rare archival footage and famous clips from some of the most frightening films of all time, Manson And Dracula: Closer Than We Think compares and contrasts the shocking similarities in both Manson's and Dracula's modi operandi, nightmarish trajectories and ultimate downfalls. Charles Manson. Count Dracula. Two monsters in two different worlds. But, as we'll soon discover... They're closer than we think.
PRICES ON PIRANHARECORDS.NET DO NOT REFLECT THE PRICES IN OUR RETAIL STORE LOCATION. "IN STOCK" ON PIRANHARECORDS.NET DOES NOT REFLECT 'IN STOCK' AT OUR RETAIL LOCATION, HOWEVER IT MEANS WE HAVE QUICK ORDER FULFILLMENT (GENERALLY 2-3 BUSINESS DAYS).
This website uses cookies to personalize content and analyse traffic in order to offer you a better experience.
I accept Learn More
back to top