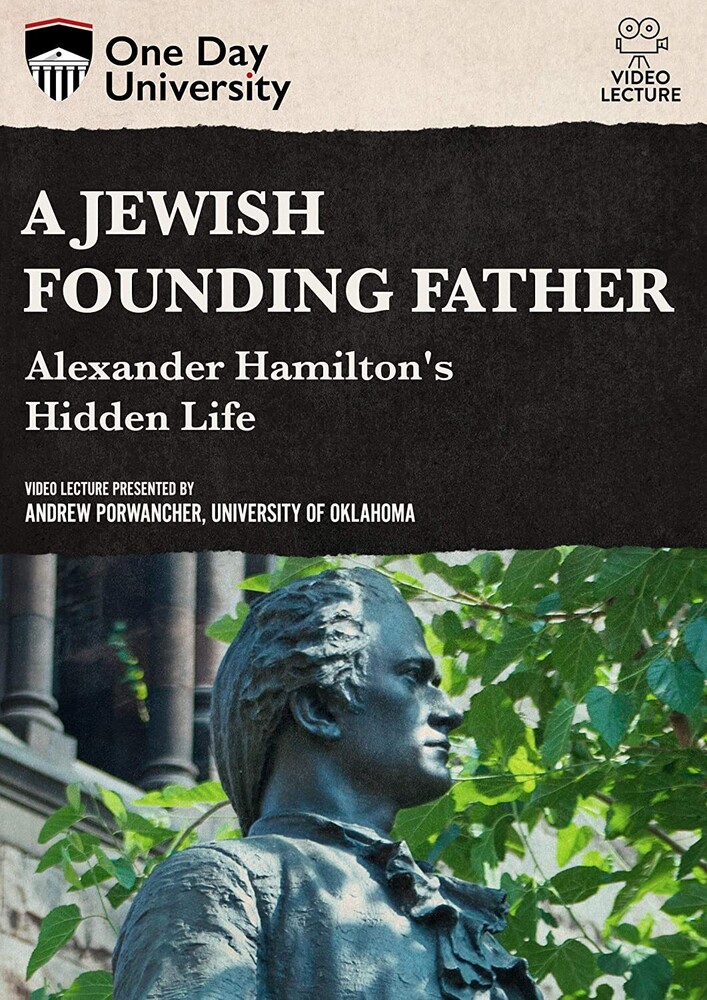 One Day University presents a series of video lectures recorded in real-time from some of the top minds in the United States. Given by award-winning professors and experts in their field, these recorded lectures dive deep into the worlds of religion, government, literature, and social justice. Thousands of miles from the Old World, on a sun-kissed island in the West Indies, a young boy named Alexander Hamilton began a most unlikely journey in the 1750s. His meteoric rise from Caribbean obscurity to American founder has long captivated historians and, more recently, Broadway audiences. Yet one crucial aspect of Hamilton's life has remained submerged for centuries: the weight of the evidence suggests that he was in fact Jewish. Drawing on untapped sources in the West Indies, Professor Porwancher makes the case for Hamilton's Jewish ancestry and explores his ongoing relationships with Jews throughout his lifetime. Although he cast off any Jewish identity in his adulthood in the United States, Hamilton never forgot his origins. He emerged as a singular champion of American Jewry against the forces of anti-Semitism. Hamilton fought for Jewish rights in the courts, collaborated with Jewish merchants, and secured a position for the first Jew on the board of an American college. Alexander Hamilton may in fact have been the Jewish Founding Father
PRICES ON PIRANHARECORDS.NET DO NOT REFLECT THE PRICES IN OUR RETAIL STORE LOCATION. "IN STOCK" ON PIRANHARECORDS.NET DOES NOT REFLECT 'IN STOCK' AT OUR RETAIL LOCATION, HOWEVER IT MEANS WE HAVE QUICK ORDER FULFILLMENT (GENERALLY 2-3 BUSINESS DAYS).
back to top