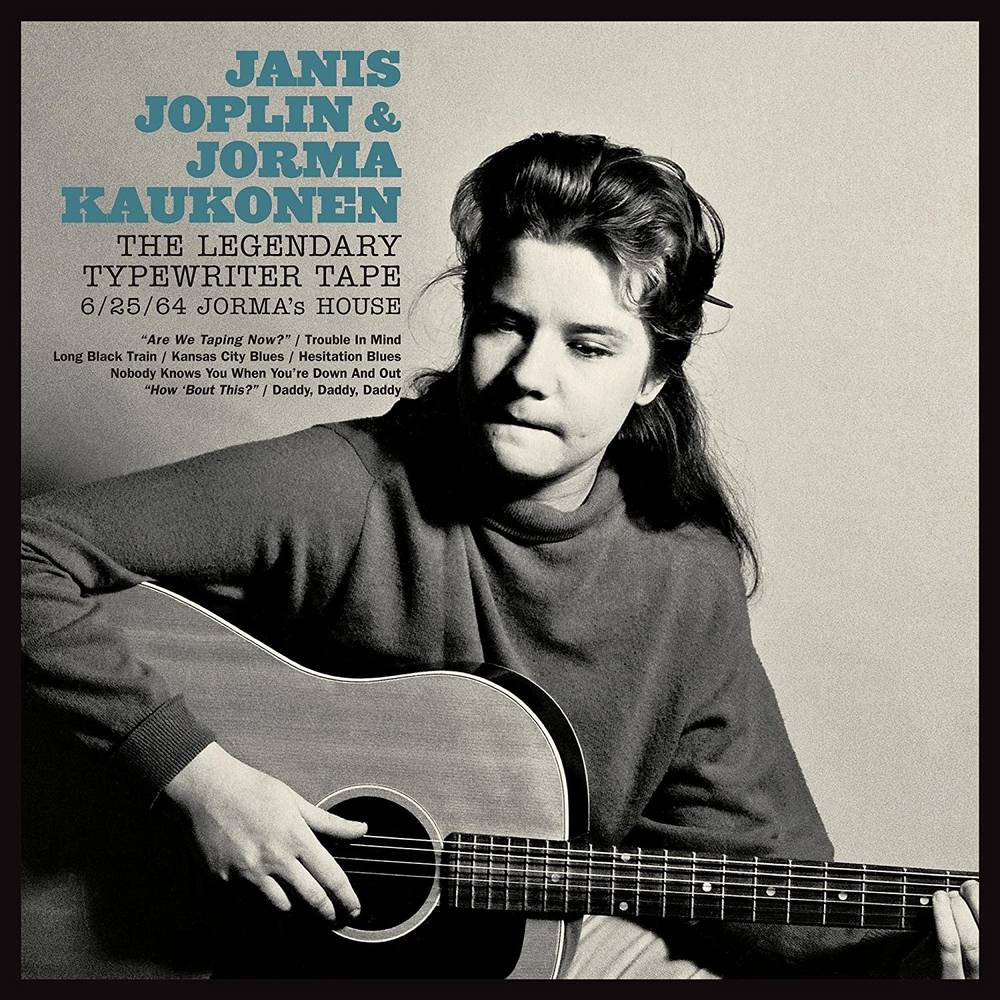 Jorma Kaukonen (later of Jefferson Airplane and Hot Tuna) met a singer named Janis Joplin at a hootenanny in San Jose, California, in the fall of 1962. Over the following years, Janis would call on Jorma to accompany her at gigs. As they continued to play together, the Bay Area was changing musically and developing into the legendary San Francisco scene to which both Janis and Jorma would be integral. During a rehearsal for a show in North Beach, Jorma started his reel-to-reel machine to capture what they were working on. For decades, this recording was the stuff of legend, with inferior, multi-generational transfers making their way through select collector's circles. Now, for the very first time, it is available officially, with the blessing and cooperation of both the Janis Joplin Estate and Jorma Kaukonen. The Legendary Typewriter Tape: 6/25/64 Jorma's House contains this legendary recording, featuring Restoration and Mastering from acclaimed, Grammy®-winner Michael Graves. The tracks include Joplin on vocals, Kaukonen on guitar, and Jorma's wife Margareta typing away intermittently in the background. This may have just been a rehearsal, but it is so much more. Featuring Joplin originals, as well as blues classics, The Legendary Typewriter Tape is an intimate glimpse into two major artists at the beginnings of what would become highly influential careers. As Jorma says in his liner notes: "This is indeed a window into a simpler time when the music truly was everything."
PRICES ON PIRANHARECORDS.NET DO NOT REFLECT THE PRICES IN OUR RETAIL STORE LOCATION. "IN STOCK" ON PIRANHARECORDS.NET DOES NOT REFLECT 'IN STOCK' AT OUR RETAIL LOCATION, HOWEVER IT MEANS WE HAVE QUICK ORDER FULFILLMENT (GENERALLY 2-3 BUSINESS DAYS).
This website uses cookies to personalize content and analyse traffic in order to offer you a better experience.
I accept Learn More
back to top