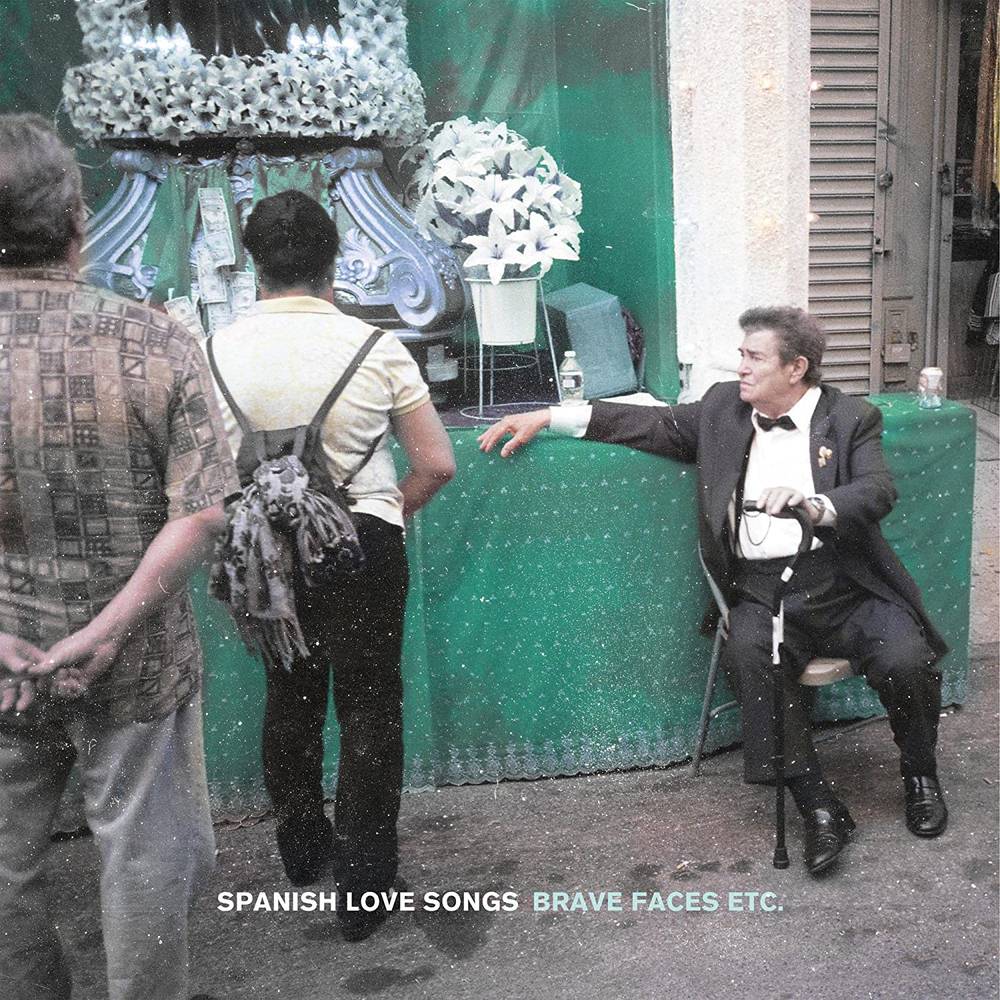 Spanish Love Songs' Brave Faces Etc is the deluxe version of their most recent album Brave Faces Everyone. This vinyl 2LP release offered the chance for the band to challenge themselves musically and expand the sound of the band to better reflect where they're all at in terms of songwriting and production compared to the original. "Right before the one year anniversary of the album, we decided we wanted to revisit the songs the same way we had been reimagining our previous albums on our Patreon community," says the group. "I don't know that any of us has ever been happy with a finished album we've released, so this was our chance to try out some of things we didn't get to do on the original, whether due to budget, running out of time, etc. We spent a month or two reimagining and re-tracking the entire album from the ground up while working completely remotely in 3 different home studios in 3 time zones. It was absolute chaos, and something I think we'll look back on as an important step for us as a band."
PRICES ON PIRANHARECORDS.NET DO NOT REFLECT THE PRICES IN OUR RETAIL STORE LOCATION. "IN STOCK" ON PIRANHARECORDS.NET DOES NOT REFLECT 'IN STOCK' AT OUR RETAIL LOCATION, HOWEVER IT MEANS WE HAVE QUICK ORDER FULFILLMENT (GENERALLY 2-3 BUSINESS DAYS).
This website uses cookies to personalize content and analyse traffic in order to offer you a better experience.
I accept Learn More
back to top