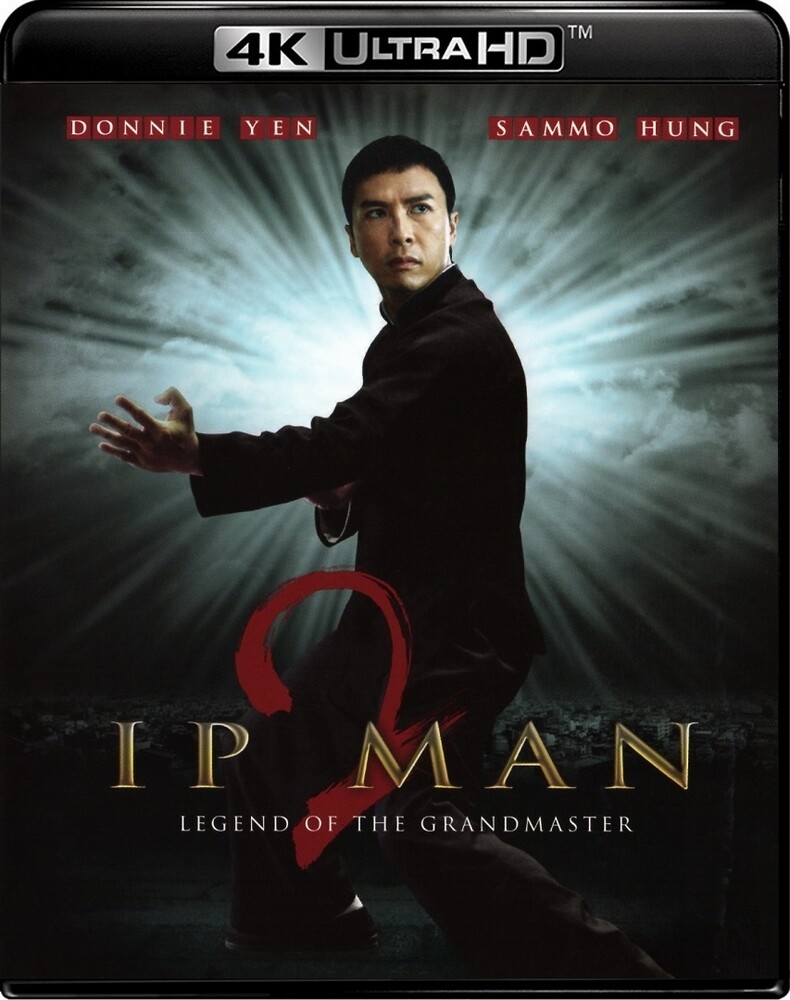 International superstar Donnie Yen reprises his iconic role as the real-life kung fu grandmaster Ip Man, widely created as the man who brought Wing Chun kung fu to the world with the help of his star pupil- Bruce Lee. Master Ip, a new arrival in British-occupied Hong Kong, wants to open a martial arts academy to teach his unique Wing Chun style. A corrupt cabal of martial arts masters, led by Master Hung (Sammo Hung) refuses to allow him to teach in peace until he proves himself in a series of fights against the local master, which Ip does, in style. But even after earning the respect of the local masters, Ip's troubles are far from over. Hong Kong under British rule is a new world of corruption and conflict between the Chinese locals and the British expats that run the city. When a Western-style boxer named Twister (Darren Shahlavi) comes to town to entertain the Brits, he insults Chinese martial arts in a horrifically violent way, and Ip is forced by honor to enter a brutal King of the Ring boxing match against Twister- and it's East versus West in an amazing, knock-down drag-out fight to the finish.
PRICES ON PIRANHARECORDS.NET DO NOT REFLECT THE PRICES IN OUR RETAIL STORE LOCATION. "IN STOCK" ON PIRANHARECORDS.NET DOES NOT REFLECT 'IN STOCK' AT OUR RETAIL LOCATION, HOWEVER IT MEANS WE HAVE QUICK ORDER FULFILLMENT (GENERALLY 2-3 BUSINESS DAYS).
This website uses cookies to personalize content and analyse traffic in order to offer you a better experience.
I accept Learn More
back to top