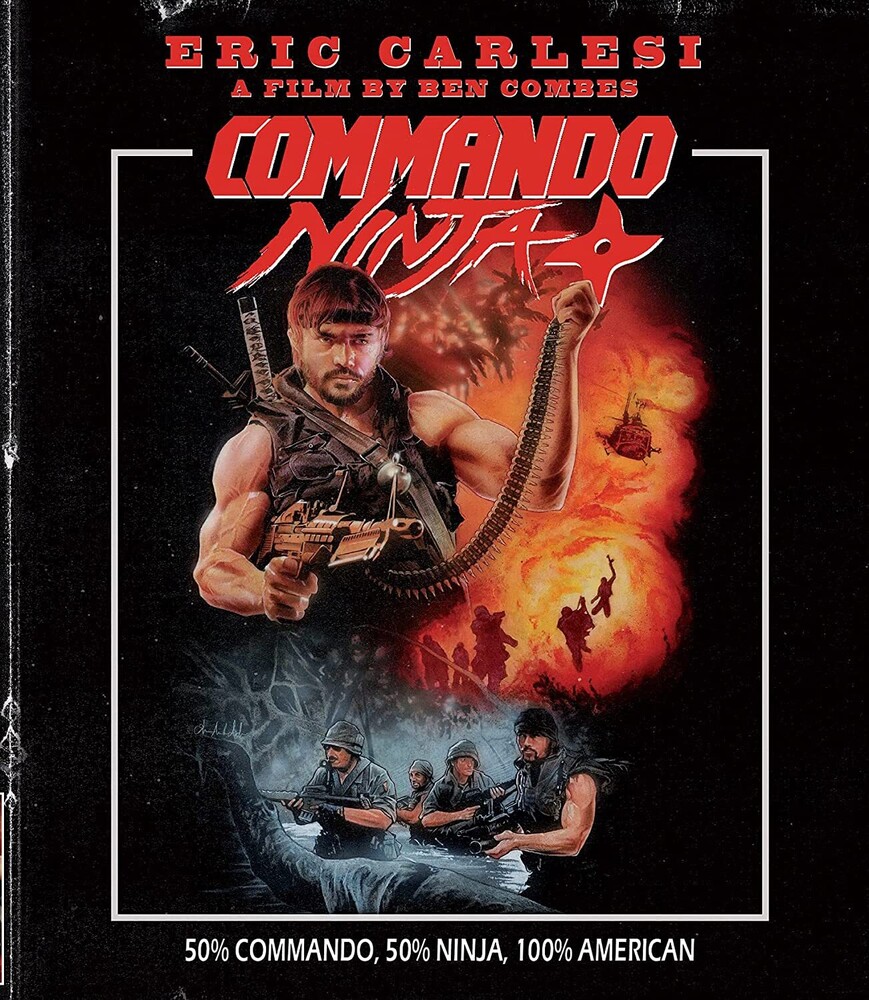 1986: John Hunter is a Vietnam veteran, half commando, half ninja, 100% American. He is forced back into action when his young daughter is kidnapped by a secret ninja organization, led by a Central American dictator who wants to create a new world order through time... Unfortunately for them, she is the only thing he would kill again for. Hunter will have to fight his way through an army of ninjas, vietcongs, punks, dinosaurs, mutants, one of his former commandos and a fully equipped private army. With the help of his old friend Hopkins, Hunter will have to combine the arts of ninjuitsu and guerilla warfare to become the ultimate soldier and rescue his daughter.
PRICES ON PIRANHARECORDS.NET DO NOT REFLECT THE PRICES IN OUR RETAIL STORE LOCATION. "IN STOCK" ON PIRANHARECORDS.NET DOES NOT REFLECT 'IN STOCK' AT OUR RETAIL LOCATION, HOWEVER IT MEANS WE HAVE QUICK ORDER FULFILLMENT (GENERALLY 2-3 BUSINESS DAYS).