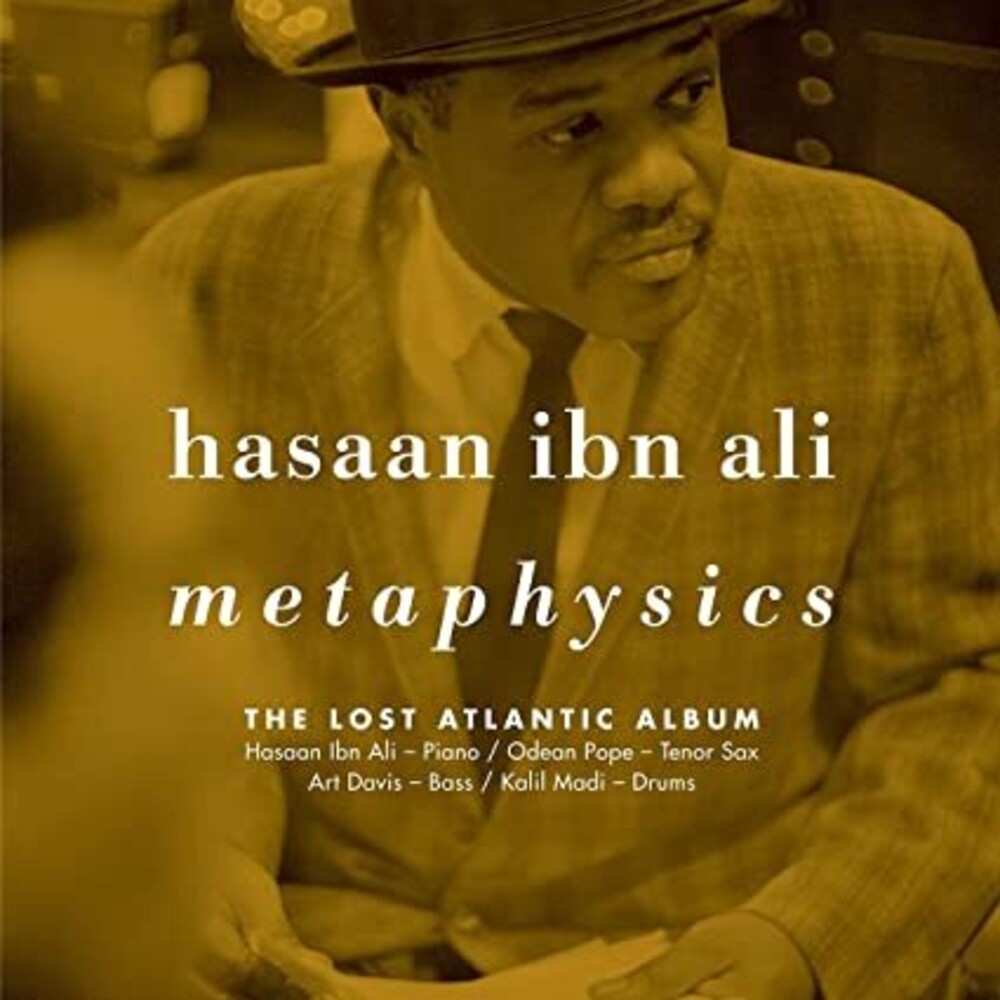 Vinyl LP pressing. The pianist, Hasaan Ibn Ali, whom saxophonist Odean Pope calls "the most advanced player to ever develop [in Philadelphia]," had practiced intensively with John Coltrane in the early '50s and is thought, by Pope and others, to have been the influence behind Coltrane's so-called sheets of sound as well as the harmonic approach that underlay Coltrane's breakthrough Giant Steps, and also, with Earl Bostic, one of the two role models behind Coltrane's strict work ethic. Yet he was rarely employed, even by musicians who respected his playing and his knowledge, thus leaving him with little chance to develop an audience. When he sat down at the piano at the Woodbine, an after-hours club in Philadelphia, all the horn players would leave the stand for they were unable to play with him, so unfamiliar were his harmonic concepts.
PRICES ON PIRANHARECORDS.NET DO NOT REFLECT THE PRICES IN OUR RETAIL STORE LOCATION. "IN STOCK" ON PIRANHARECORDS.NET DOES NOT REFLECT 'IN STOCK' AT OUR RETAIL LOCATION, HOWEVER IT MEANS WE HAVE QUICK ORDER FULFILLMENT (GENERALLY 2-3 BUSINESS DAYS).