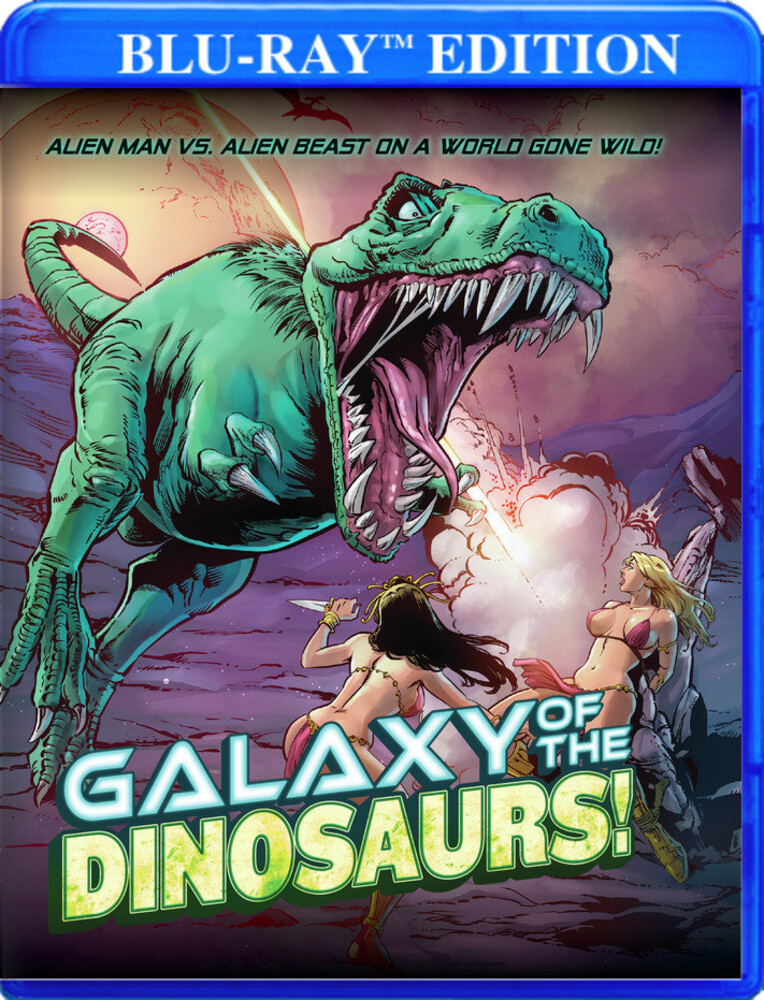 Shot over three and half days in February, 1992 for under $1,500, Galaxy of the Dinosaurs keeps tongue firmly in cheek as producer J.R. Bookwalter (The Dead Next Door) brazenly intercuts 35mm stock footage from the 1977 movie Planet of the Dinosaurs into this camcorder quickie shot in the woods behind his father's Mogadore, Ohio house. The results are as outrageous as you might expect, one of several reasons the original VHS release remains a coveted collector's item nearly three decades later. Stopping for a brief lunch break on the planet Gurgon (which looks remarkably like Earth), five innocent Zyroxans (who look remarkably like humans) encounter chaos and terror when a race of ferocious dinosaurs become hell-bent on turning their intergalactic field trip into a full-fledged fright fest! Remastered from original Super-VHS-C camera masters with additional 2020 restoration work, Galaxy of the Dinosaurs roars onto Blu-ray together with never-before-seen bonus materials from the Tempe vaults, three audio commentaries, and original 1992 home video presentation captured from the archival edit master.
PRICES ON PIRANHARECORDS.NET DO NOT REFLECT THE PRICES IN OUR RETAIL STORE LOCATION. "IN STOCK" ON PIRANHARECORDS.NET DOES NOT REFLECT 'IN STOCK' AT OUR RETAIL LOCATION, HOWEVER IT MEANS WE HAVE QUICK ORDER FULFILLMENT (GENERALLY 2-3 BUSINESS DAYS).
This website uses cookies to personalize content and analyse traffic in order to offer you a better experience.
I accept Learn More
back to top