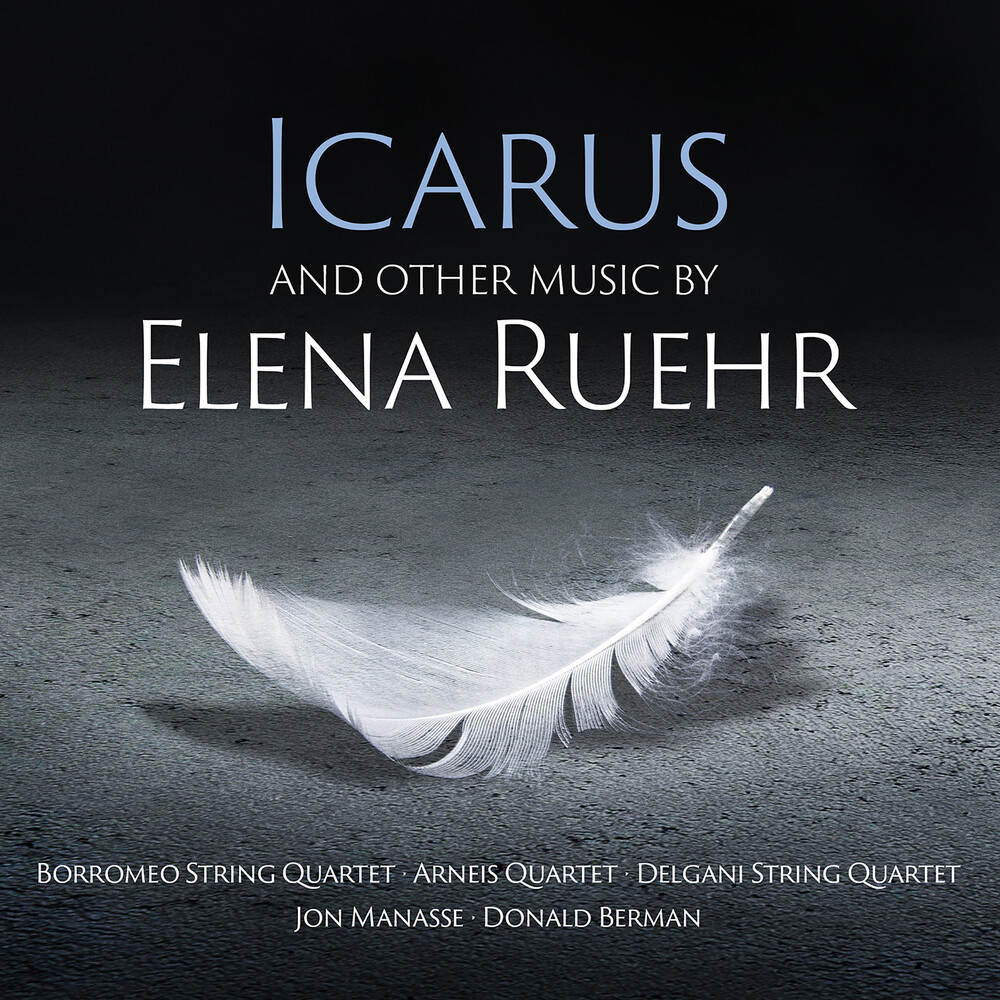 Composer Elena Ruehr adds to her extensive discography with Icarus, an album of chamber music infused with hints of history, legendary literature and close collaborations with a multitude of musical colleagues. The repertoire revolves around the string quartet, a genre that generated great acclaim for Elena's Six String Quartets (AV2379). Elena's String Quartet No. 7, "A Thousand Cranes", evokes experiences and resilience of children in wartime, including the internment of Japanese in American camps, and her own father's escape from Nazi Germany. Her playful String Quartet No. 8, "Insect Dances" - "written for listeners of all ages" - finds a diverse family of bugs engaged in an impish dinner party. Inspired by T. S. Eliot, The Worlds Revolve, for piano and string quartet, conjures elements both ancient and prescient. The title track, for clarinet and string quartet, centres on the Greek mythological character's excitement as he builds his wings of wax and dares to fly, rather than his dark demise as he flies too close to the sun.
PRICES ON PIRANHARECORDS.NET DO NOT REFLECT THE PRICES IN OUR RETAIL STORE LOCATION. "IN STOCK" ON PIRANHARECORDS.NET DOES NOT REFLECT 'IN STOCK' AT OUR RETAIL LOCATION, HOWEVER IT MEANS WE HAVE QUICK ORDER FULFILLMENT (GENERALLY 2-3 BUSINESS DAYS).
This website uses cookies to personalize content and analyse traffic in order to offer you a better experience.
I accept Learn More
back to top