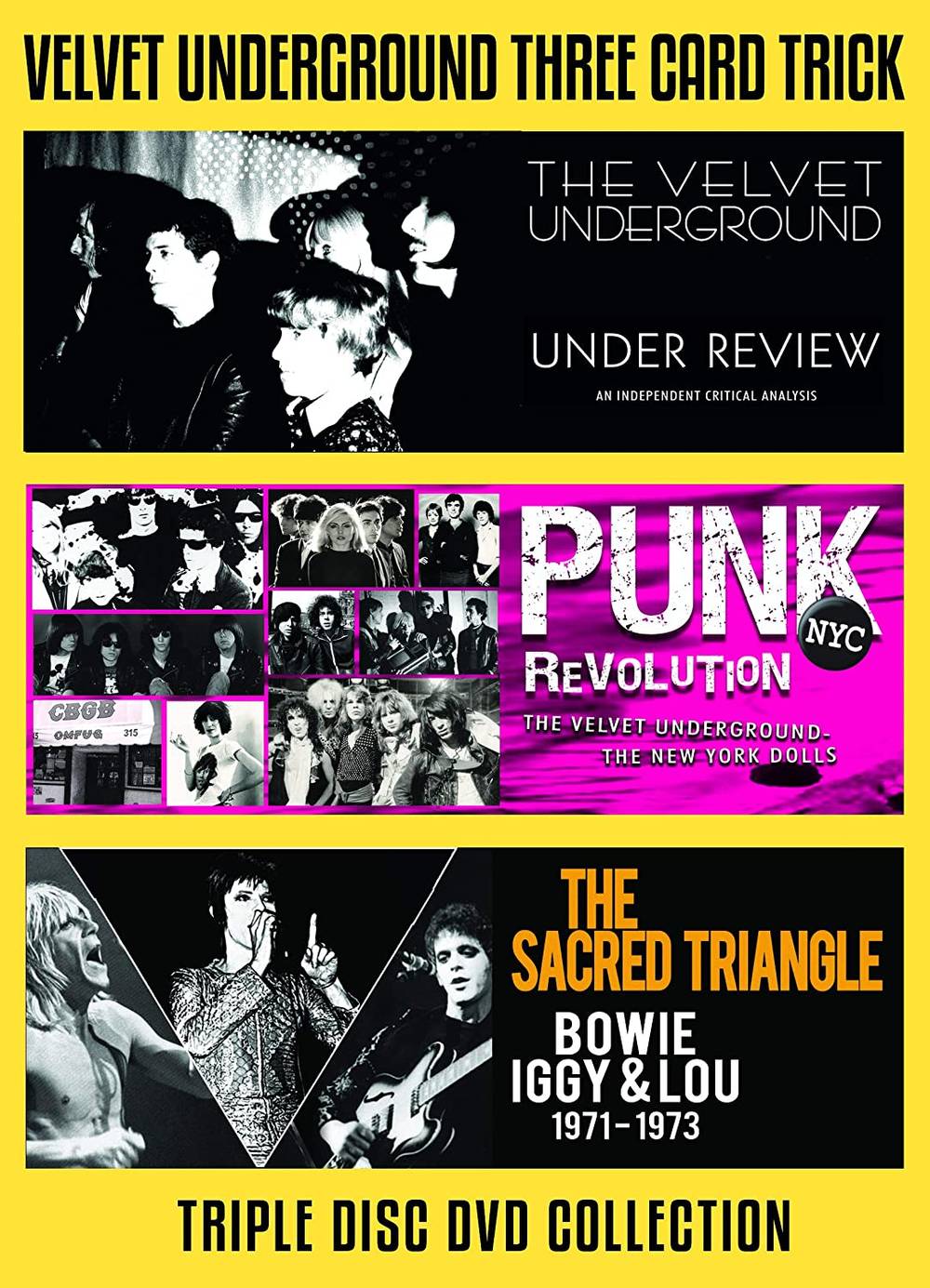 Featuring three separate DVDs about The Velvet Underground and it's members, covering in depth the band about whom, music critic Lester Bangs pronounced, 'started all modern music', this superb box set is the ultimate documentary set on this seminal group. THE VELVET UNDERGROUND - UNDER REVIEW This 75-minute film reviews the music and career of arguably rock music's most influential collective. Featuring interviews with Maureen Tucker, Doug Yule and numerous others involved with the band alongside rare footage and much more. PUNK REVOLUTION NYC; THE VELVET UNDERGROUND, THE NY DOLLS & THE CBGBs SET Tracing the entire history of New York's punk scene, this film shows how VU were near instrumental in shaping one of this unique city's most celebrated musical genres. THE SACRED TRIANGLE - BOWIE, IGGY & LOU - 1971 - 1973 Telling the story of how these three musical pioneers interwove at the beginning of each of their solo careers, forming an association which made for probably, the finest music to emerge in the early 1970s.
PRICES ON PIRANHARECORDS.NET DO NOT REFLECT THE PRICES IN OUR RETAIL STORE LOCATION. "IN STOCK" ON PIRANHARECORDS.NET DOES NOT REFLECT 'IN STOCK' AT OUR RETAIL LOCATION, HOWEVER IT MEANS WE HAVE QUICK ORDER FULFILLMENT (GENERALLY 2-3 BUSINESS DAYS).
back to top